VERDICT TO BE ISSUED TOMORROW REGARDING LAWSUIT OF BLOGGERS’ PARENTS 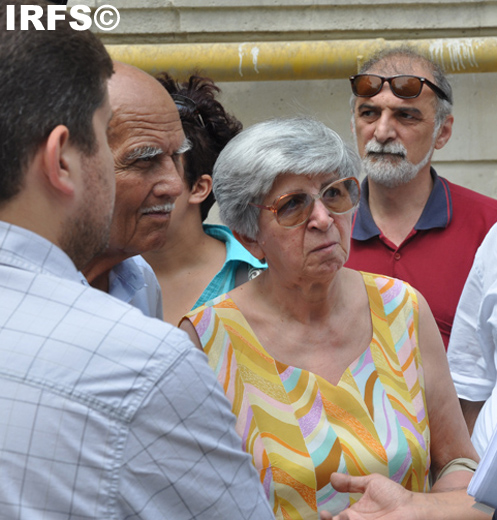 Today, 17 September, in the Sabail District Court, under the chairmanship of Judge Elnur Hasanov, a hearing was conducted on the lawsuit of Adnan Hajizade’s father Hikmat Hajizade and Emin Milli’s father Pasha Abdullayev and mother Natella Abdullayev against Sabail District Police Department Investigator Ziya Aliyev in connection with a violation of the right of respect to their personal and family life.
Although all three plaintiffs participated in the hearing, nobody showed up on behalf of the defendant.
Judge E.Hasanov gave the response to the information inquiry regarding the parents’ appeal to the Sabail District Police Department to H.Hajizade. Stating that the document was not confirmed by a notary, Hajizade said that the document was unfounded.
Then H.Hajizade and P.Abdullayev spoke during the hearing, and asked the court to fulfill the lawsuit.
Judge E.Hasanov scheduled the next hearing on this case for 18 September at 2:30 p.m.
On 8 July, at approximately 8:00 p.m., Emin Milli and Adnan Hajizade were sitting at a table in “Lebonese” (Livan) restaurant along with several other young adults, when two people that looked like sportsmen came up to them, and attacked them causing physical injuries. Although they appealed to police as victims, police detained Adnan and Emin as suspected persons for 48 hours and freed the attackers. On 10 July, Sabail District Court issued a decision under article 221.2.1 (hooliganism) of the Criminal Code to sentence Emin Milli and Adnan Hajizade to two months pre-trial detention. On July 20 the Appellate Court upheld the decision of the lower court. The bloggers who are being held in the investigative detention center have not been allowed to see their parents.
Previous Post