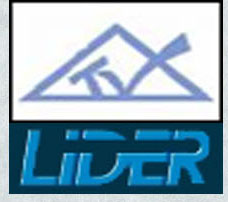 Yesterday, 14 January, at around 4:30 p.m., employees of “Azad Azerbaijan” (ATV) and “Lider” TV channels (ATV correspondent Hafiz Huseynoglu and operator Eldaniz Valiyev, “Lider” TV operator Ilgar Salmanoglu and Habil Aslanoglu) came under gunfire on a border between Armenian and Azerbaijanian military units in the Agdam region of Azerbaijan. “Lider” TV regional correspondent Habil Aslanoglu told this to the Institute for Reporters' Freedom and Safety.
According to Aslanoglu, the journalists were assaulted by Armenian military while they attempted to video record the construction of a church by Armenians in the occupied Shahbulag village of the Agdam region of Azerbaijan. The journalists were able to escape the fire as a result of counter gunfire from the Azerbaijani military.

As a result of a war that erupted between Azerbaijan and Armenia in 1992-1994, Nagorniy Karabakh Autonomous Republic which belongs to Azerbaijan and seven more Azerbaijani regions are occupied by Armenia. Although a cease-fire was achieved on 12 May 1994, no peace contract has been signed so far.