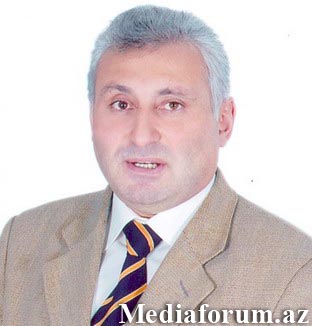 “Yeni Azerbaijan” newspaper’s editor-in-chief Himet Mammedov was allegedly threatened with gun on 25 October, 12.10 a.m.
This information was reported to APA by the Internal Affairs Ministry media service. The incident happened on Dilara Aliyeva Street in the Nasimi district. The conflict occurred while he was driving his Toyota, and involved the driver of a Mercedes.

The driver of the “Mercedes” took out an automatic gun from the luggage of his car, allegedly threatened H. Mammadov.  Despite fleeing the scene of the crime, the resident of the Mammed Amin Rasulzade district Anver Sadigov, who committed this incident, was arrested as a result of search-operations held by the Nasimi district Police Department #22. An “AK” gun, 29 automatic bullets, and a bullet charger were found in his apartment in M.Fatali street, and in his rented house 152 and confiscated.

Hikmat Mammadov told “Turan” Information Agency that he saw that person for the first time and this incident is not related with his journalism activity.