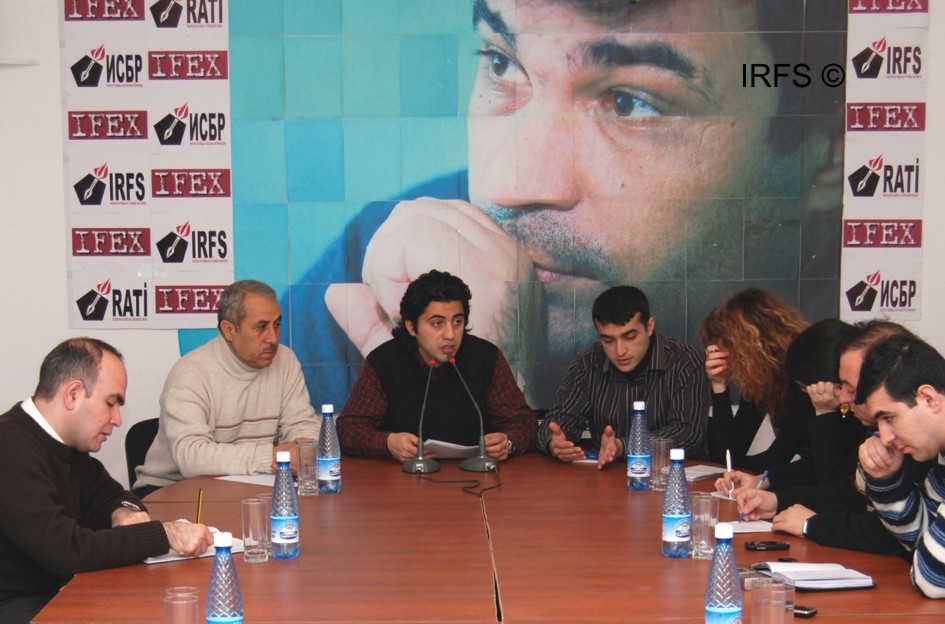 Today, 3 August, at about 6 a.m., “Hadaf” Youth Coalition Head Agasif Shakiroglu (Ibrahimov) was detained in his apartment by the Narimanov District Police Department Police Unit 18 and was sentenced to a month of pre-trial detention under article 321.1 of the Criminal Code (evasion from military call to avoid military service without evidence).

A.Shakiroglu talked to the Institute for Reporters’ Freedom and Safety about the incident in the Narimanov District Court.
“Today, in the morning I was taken to police department and then to the Narimanov District Prosecutor’s Office. There I was told that a search warrant has been issued about me for avoiding military service. I said that I never tried to evade from military service and was told by the Narimanov District commissariat that I should go there when I receive an invitation to military service. However, an indictment has been issued against me under article 321.1 of the Criminal Code (evasion from military call to avoid military service without evidence),” said A.Shakiroglu emphasizing that his arrest is politically motivated due to his socio-political activity.
A.Shakiroglu added that there’s a possibility that his arrest is connected to his critical opinions published on www.mia.az site recently. On 31 July he expressed his opinions about death cases and other illegal actions in the army.
“I think they try to scare out young adults, to lessen socio-political activity and to distance them from socio-political activity,” added A.Shakiroglu recalling recent arrest of young bloggers Emin Milli and Adnan Hajizade. He said his arrest was the continuation of the same scenario and these arrests serve the same purpose.
Narimanov District Court Judge Vugar Mammadov issued a decision to sentence A.Shakiroglu to one month pre-trial detention. The hearing was held closed at 5:30 p.m. and the decision was read at 6:30 p.m. A.Shakiroglu’s relatives and media representatives were not allowed in the hearing.
A.Shakiroglu’s lawyer Bahruz Guliyev told IRFS that he considers the pre-trial detention unfounded and will file an appeal against the decision.

PRESSURE USED AGAINST JOURNALISTS DURING VISIT OF PRESIDENT TO NAKHCHIVAN