YOUTH ACTIVIST NOT ALLOWED TO READ NEWSPAPERS IN PRISON 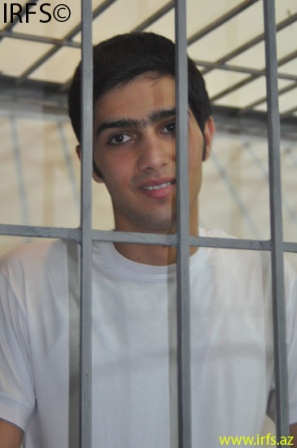 Azerbaijan Popular Front Party Youth Committee member Jabbbar Savalanli, who is being held in prison #10, has been banned from reading newspapers, youth activist’s lawyer Asabali Mustafayev reported to the Mediaforum news portal today.
Mustafayev said that in today’s meeting with his client to discuss the appeals process, Savalanli told him that he has not been allowed to read newspapers since his transfer to prison.
“His mother and uncle went to meet with Savalanli and took Azadlig and Musavat newspapers to him. However, the employees of the prison didn’t allow the newspapers inside.“ said the lawyer. Lawyer also said that Jabbar doesn’t have any information on developments in the country due to this newspaper ban. As a public activist it is difficult for him to face such a situation.
“Jabbar is inside an information blockade.  It was me who informed him about the sentences issued to opposition activists arrested for their involvement in the  April 2nd Public Chamber rally. He was upset but said that it was an expected decision. He believes that not only his arrest, but also the arrest of Bakhtiyar Hajiyev and the opposition activists arrested for their involvement in the April 2nd rally is part of the process and describes this as measure designed to scare people,” said Mustafayev.
A.Mustafayev also added that he will appeal to the Justice Ministry requesting it to allow his client to read newspapers.
BACKGROUND  [edited]

Azerbaijan Popular Front Party member Jabbar Savalanli was arrested on February 5, 2011.  He is being charged with drug possession, but it is widely thought that his arrest was politically motivated and linked to criticism of the government he posted on social networking sites. The Sumgayit City Court sentenced Savalanli to 2.5 years in jail on May 4, 2011. The Sumgayit Appeals Court issued a judgment to uphold the Sumgayit City Court’s July 26 verdict.
Previous Post

CASE ON THE BEATING OF FOREIGN JOURNALISTS SENT TO COURT