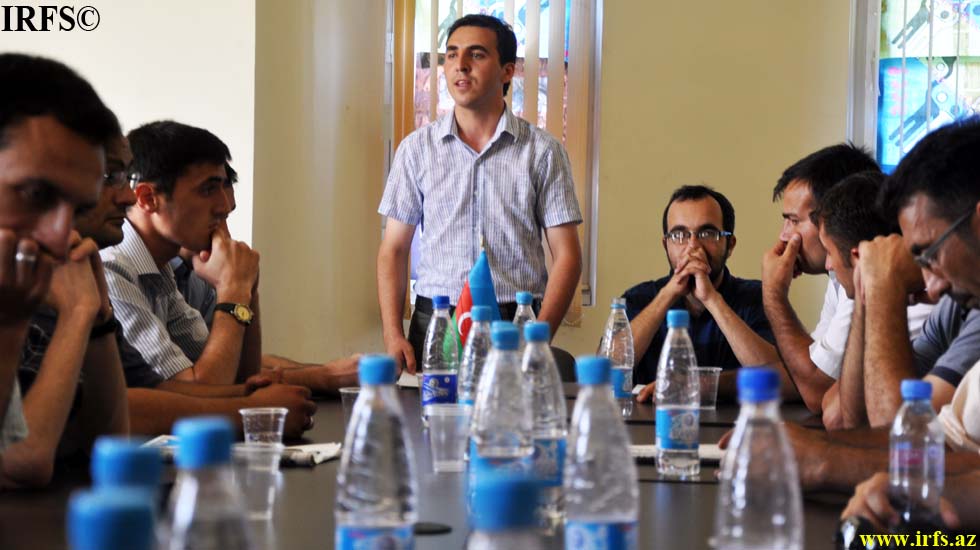 Organization Head Ebulfez Gurbanli said that bloggers were arrested because of a video clip that they placed on the internet criticizing corrupt authorities, and that they will never appeal for a pardon. He then called on youth to continue their fight.

“Azadlig” newspaper editor-in-chief Ganimat zahid said in his speech that the situation in the country remains complicated. “We need to improve the social base of youth, to react operatively against repression, and to strengthen relations with international organizations,” said Zahid.

Institute for Reporters’ Freedom and Safety Chairman Emin Huseynov stated that socio-political situation in the country remains tense and the way out of this situation is for opposition party leaders to be courageous.

Committee to Defend Bloggers’ Rights Chairperson Vafa Jafarova called on the youth to fight for the defense of their rights, because this is the dream of the bloggers as well.

Center for Election Monitoring and Democracy Education Executive Director Beshir Suleymanli proposed that youth join together in one network.

A statement prepared by Azerbaijan Popular Front Party Youth Organization was adopted at the event. It is written in the document that the administration continues to ignore calls to release the bloggers. The statement demanded that the unfair verdict against the bloggers be annulled and perpetrators brought to justice.

INTELLECTUALS APPEAL TO PRESIDENT TO RELEASE EYNULLA FATULLAYEV AND BLOGGERS