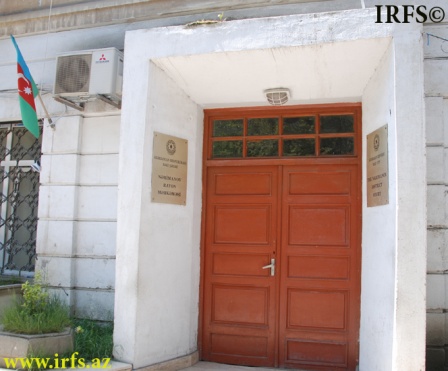 Yesterday, 8 May, four members of Musavat Party and one member of Azerbaijan’s Popular Front Party who conducted a forum yesterday in the headquarters of Azerbaijan Democratic Party (ADP) were arrested. “Yukselish Namina” Newspaper correspondent, Popular Front Party Youth Organization member Elchin Hasanov told this to the Institute for Reporters’ Freedom and Safety.
According to Hasanov, yesterday, several members of opposition political parties’ youth organizations met in the headquarters of ADP and conducted a forum on actions of protests against the conduction of “Flower Holiday” on the heels of the school shooting in Azerbaijan State Oil Academy. “After talks, Popular Front Party Youth Organization Chairman Abulfez Gurbanli and several other people were forced into a black “Prado” vehicle by civilian-clothed people and taken to an unknown destination,” said Hasanov. “These same civilian-clothed people also physically harassed other members of the Popular Front Party Youth Organization and insulted them and cursed at them.”  Hasanov emphasized that after this incident, he and other members of Popular Front Party Youth received threatening phone calls and were under surveillance.
In connection with this, today, 9 May, a court hearing, which was closed to the press, was conducted in the Narimanov District Court, under the chairmanship of Judge Elshana Valiyev, for Popular Front Party Youth Organization Chairman Albufez Gurbanli. Gurbanli was sentenced to 10 days of imprisoned under Article 310 of the Administrative Code (not obeying police), IRFS was told by sources in the Narimanov District Court.
Musavat Party Central Executive Administrative head Arif Hajili told IRFS that in addition to Gurbanli, Musavat Party Youth Organization Chairman Tural Abbasli, and members Murad Kerimov, Yalchin Abbasli, and Ahad Mammedli were sentenced to three days of imprisonment through decisions issued by various district courts in Baku.
“Our youth were all punished in accordance with Article 310 of the Administrative Code (not obeying police),” said Hajili, noting that at present the youth are being held in a temporary prison in the Binegedi District of Baku.
Ministry of Interior Press Service head Sadig Gozelov told IRFS that he has no information about the arrests of these youth activists.