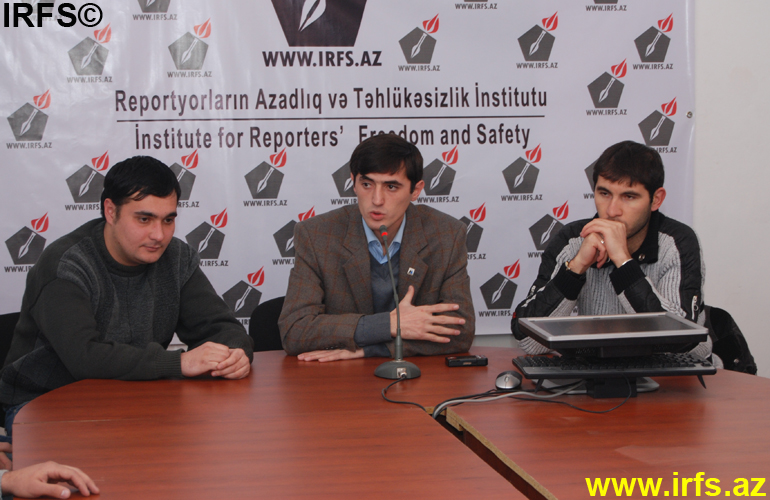 Today, 18 December, in the press center of the Institute for Reporters' Freedom and Safety, Musavat Party's Youth Organization held a roundtable on the "Cessation of Foreign Radio Stations Via Local Frequencies." Musavat Party’s Youth Organization Chairman Tural Abbas said he objects to the cessation of foreign radio stations’ broadcasting.
“We have one or two radio stations where we can express our free thoughts and they want to shut them down because they claim ‘the broadcasting of foreign radio stations via local frequencies is illegal,’” said Abbas. “We would like to note that this law was ratified several years ago, however, the government has just remembered its existence. This is because recently Radio Liberty, VOA, and BBC have been giving more extensive coverage of socio-economic issues and covering important events. The society’s interest in these radios is increasing. This indicates that the Azerbaijani government is intolerant of freedom of speech. And this indicates that it fears people and the people’s voice. I believe that there will be a solution to this issue and the broadcasting of foreign radio stations will not be banned. If they are shut down we, the youth organizations, will take concrete steps in the form of pickets and actions.”

ADP Youth Organization Chairman Vusal Aliyev noted that the cessation of foreign radio stations is not only the political parties’ problem, but it is a problem of society and the international community in general. He believes that everyone should contribute to the resolution of this problem.