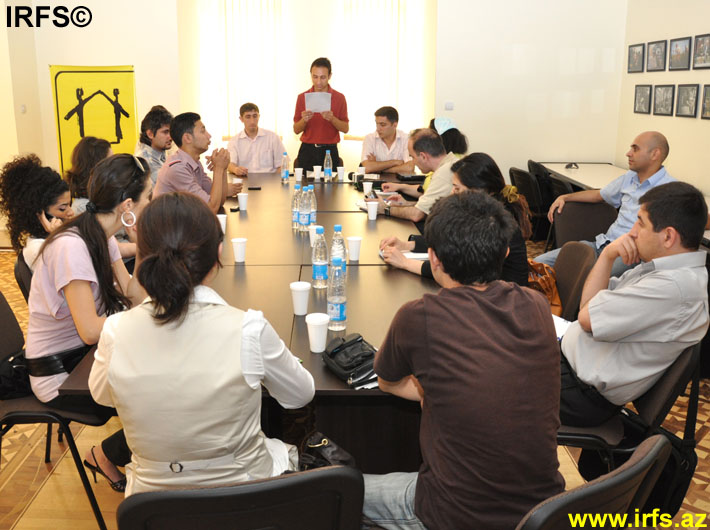 Yesterday, 16 June, a group of independent youth organizations addressed an appeal to Azerbaijan Republic President, Azerbaijan Republic Milli Mejlis, Azerbaijani society, and international organizations in connection with the bill to change and add to the Law on Non-governmental Organizations (Public Unions and Foundations).
“These changes are aimed at the non-governmental sector and intend to establish control over civil society in Azerbaijan,” it is said in the statement.
“During the last three years such uncompromising changes to the law on NGOs have been adopted in Russia, Cambodia and Egypt,” said Youth Club Head Zaur Akbar. “If these changes are adopted in Milli Mejlis on 19 June, Azerbaijan will be added to this list.”
Authors of the appeal called on Azeri society to raise their voices, prevent Azerbaijan from returning to a totalitarian regime and not let monarch laws rule the country.
“Whether the changes are adopted or not, we will continue our work,” it is said at the end of the appeal.

PROPOSED CHANGES AND AMENDMENTS TO LAW ON NGOs CREATES CONCERN