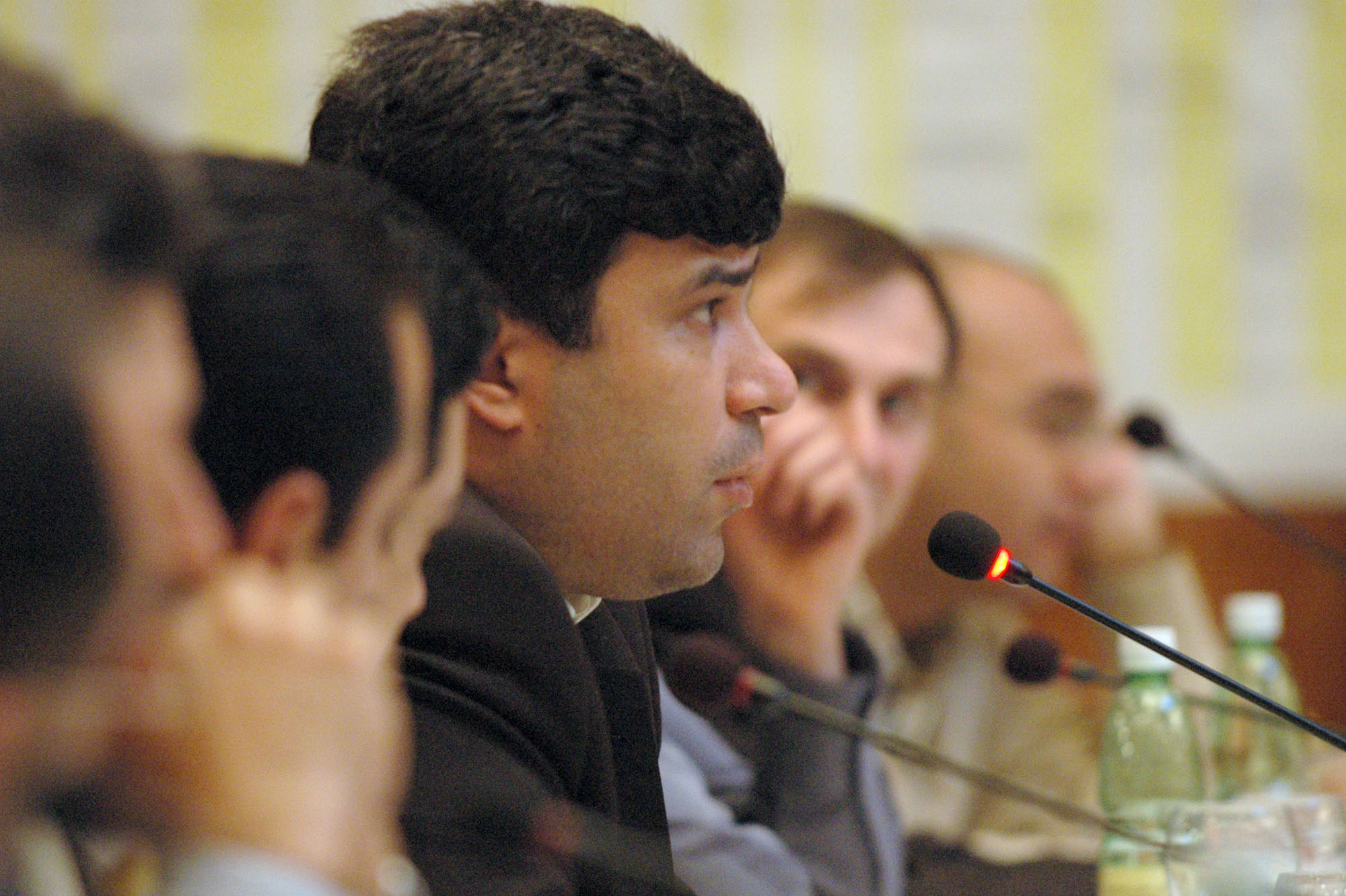 The Institute for Reporters’ Freedom and Safety (IRFS) condemns the Azerbaijani authorities for their failure to apprehend those behind the murder of journalist Elmar Huseynov, 11 years after his death.

An ardent critic of the current government, the Editor-in-Chief of Monitor magazine, Elmar Huseynov, was shot dead on the doorstep of his home on March 2, 2005.

‘The murder of Elmar Huseynov marked a turning point for the civil society in Azerbaijan, clearly demonstrating the cost of criticizing the regime and the prevailing culture of impunity’, said IRFS Director Emin Huseynov.

The Serious Crimes Investigation of Prosecutor General’s Office immediately launched a criminal case under Articles 120.2.4 (deliberate homicide) and 228.1 (illegal possession of firearms) of the Criminal Code of Azerbaijan Republic. A month later, on April 6, 2005, the case was re-classified under Article 277 (terrorism) of the Criminal Case, and transferred from the Prosecutor’s Office to the Ministry of National Security.

The day after the murder of Elmar Huseynov, President Ilham Aliyev pledged that the perpetrators and masterminds would be found and punished as soon as possible.

Over the past 11 years, the law enforcement agencies involved in the investigation have demonstrated deliberate negligence, effectively helping to conceal the truth behind the crime.

This suggests that influential members of the current government are in some way implicated in the journalist’s murder, and are not interested in solving the case. The authorities have failed to uphold their obligation to periodically inform the public on the results of the investigation.

In subsequent years, journalists Alim Kazimli (19.06.2005) Novruzali Mammadov (17.08.2009), Rafig Tagi (23.11.2011) and Rasim Aliyev (09.08.2015) paid the highest price for exercising their right to freedom of expression. They were men who stood up for free speech in the face of threats and intolerance. And in the end, their principled stance cost them their lives. All four of these journalists were intentionally harmed, and died at the hospital as a result of willful negligence by the authorities (Novruzali Mammadov died in the prison hospital due to poor prison conditions and lack of medical care). However, none of the medical workers involved have been brought to justice.

“The systematic and continuing failure of the authorities of Azerbaijan to investigate effectively the murders of journalists or indeed any other human rights violations is a strong indication that those authorities are at least acquiescent to these crimes”, Emin Huseynov said.

According to IRFS research, there currently are 14 journalists and bloggers behind bars on trumped-up charges. Investigative journalist Khadija Ismayilova, an international symbol of free speech, has been in prison on bogus charges since December 2014. IRFS is seriously concerned for Ismayilova’s life and health, on the grounds that prisons are the most convenient place for the authorities to settle theirs scores.

“The atmosphere of impunity and encouragement of state-sanctioned murders of journalists has made being a journalist one of the most risky and dangerous professions in Azerbaijan,” Huseynov said.

The Azerbaijani government’s ongoing large-scale crackdown on civil society, initiated at the end of 2013, shows that there is no place for alternative opinions and criticism in the public space.

The atmosphere of fear has enabled the corrupt regime of Azerbaijan to continue to abuse its power for its own illegal gains.

IRFS calls upon the Azerbaijani authorities to identify and punish the killers of Elmar Huseynov and other journalists, to put an end to the pressures on critics and opponents, to immediately initiate reforms aimed at ensuring transparency and accountability of the government to the public, to release all arrested political prisoners, and to fully reform the judiciary and the legislature in order to ensure the rule of law.

IRFS calls upon the Council of Europe, the OSCE and the United Nations, of which Azerbaijan is a member, to put pressure on the Azerbaijani authorities, and urge them to comply unconditionally with their human rights obligations.

IRFS also calls on international donors, including the International Monetary Fund, World Bank, European Investment Bank, and European Bank for Reconstruction and Development, to refrain from supporting the initiatives of the ruling regime until the government can provide clear guarantees that it will end its crackdown on the civil society along with a clear plan of urgent radical reform.

In the event that the authorities refuse to follow the path of reform, and continue to pursue the current policies of mass repression, IRFS calls upon the governments committed to democracy and human rights to implement sanctions against Azerbaijani officials responsible for the systematic violation of human rights.