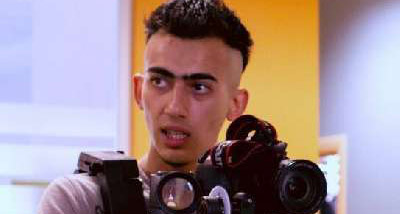 On September 3, Shirin Abbasov, a journalist cooperating with Meydan TV, was summoned to the Serious Crimes Investigation Department of the Prosecutor General’s Office in connection with Bahruz Hajiyev’s death in Mingechevir police department. Abbasov said that while he had been officially summoned in relation to the Mingechevir case, he was then questioned about Meydan TV. He added that he had been named as a witness in the Mingechevir case, although he had not been present.

The following day, September 4, journalist Aytan Farhadova was interrogated as a witness, and, similarly, questioned about both the Mingechevir case and Meydan TV’s work. Four other journalists cooperating with Meydan TV have previously been questioned – Sevinj Vagifgizi, Izolda Agayeva, Javid Abdullayev and Natig Javadli.

Bahruz Hajiyev, 27, was brought to Mingechevir Police Department as a suspect on August 20, and died while in custody. According to the Police Department, while he was alone in the room, Hajiyev opened a window and threw himself out, injuring himself fatally. However, Bahruz’s father Dilsuz Hajiyev has publically rejected this version of events, stating that his son did not have any suicidal tendencies. He alleges that Bahruz was killed by police officers. A criminal investigation has been launched in connection with Hajiyev’s death, and one arrest has been made.

Appeal against sentencing of Leyla and Arif Yunus