AFLATUN AMASHOV TO APPEAL TO OSCE IN CONNECTION WITH MIKLOS HARASZTI 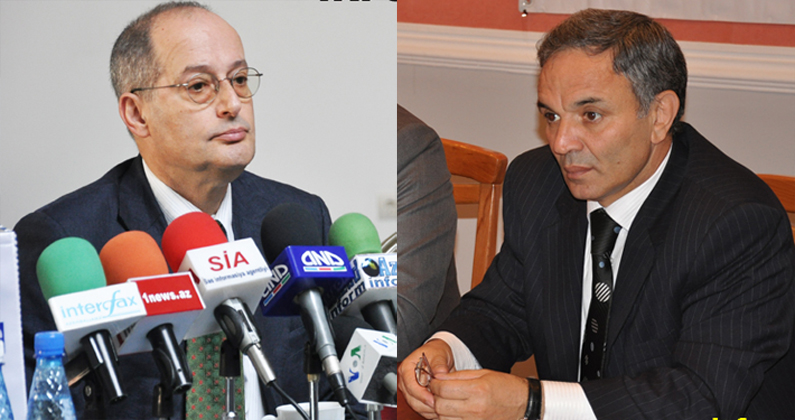 Azerbaijan’s Press Council Chairman Aflatun Amashov expressed opinion about meetings held by OSCE Representative on Freedom of the Media Miklos Haraszti during his visit to Azerbaijan and Haraszti’s opinions about the work of the Press Council during a press conference yesterday, according to APA.
“Unfortunately, he issues statements outside of his duty authorities,” said Amashov. “It looks like Harszti is not the representative of OSCE, but is someone to express the position of a discontent journalist organization. His speeches contain signs of dissension. He has never visited the Press Council during his visits to Azerbaijan and has never met the members of the Council’s Administration.”
Amashov noted that Haraszti conducts meetings within narrow frameworks and submits his conclusions from these meetings as the position of OSCE adding that he thinks he will appeal to OSCE administration regarding this.
During the press conference yesterday, M.Haraszti said that the Press Council should be the defender of journalists in Azerbaijan, and should not suggest that the government should shut down any press publication. “If journalists are dissatisfied about the work of the Council, they should have right to establish their own Press Council,” said M.Haraszti emphasizing that he cannot issue a verdict in connection with Azerbaijan’s Press Council, “Journalists should decide whether to establish an alternative council or not.”

A.Amashov noted that Haraszti is not aware of some realities in Azerbaijan, “Every person in Azerbaijan has right to establish their organizations and to express their own opinions. Haraszti did not mention something new when he called on them to establish an alternative Press Council. There have been attempts, and the ineffectiveness of these attempts is obvious. Everyone understands what organization is talked about when people say Press Council.”

A HOT SUMMER FOR DEFAMATION IN AZERBAIJAN