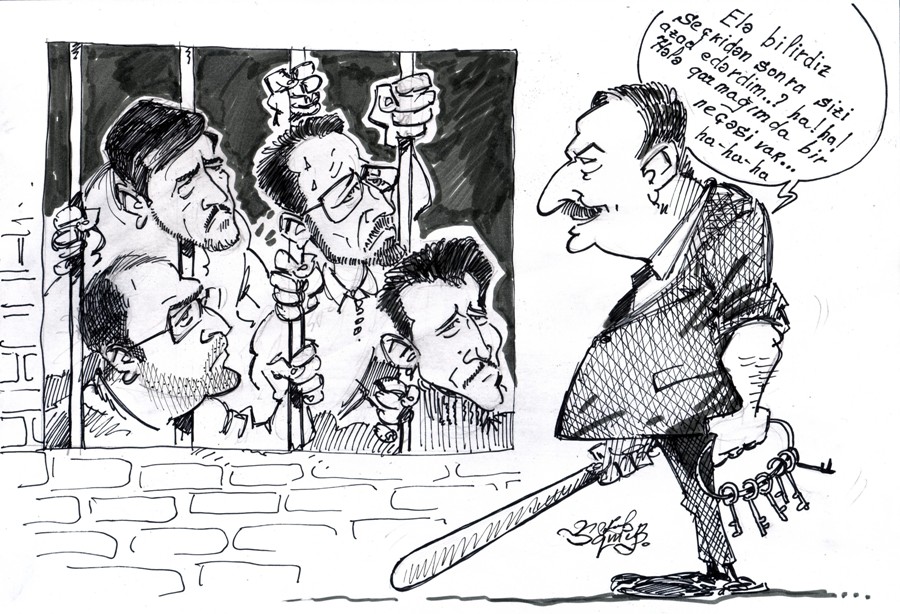 “Azadlig” newspaper correspondent Agil Khalil, who is living in France, has drawn a caricature about Azerbaijan’s four imprisoned journalists.
These journalists are depicted behind bars in the cartoon. Standing next to the journalists is a person that strongly resembles President Ilham Aliyev. This person holds the keys to the prison and is saying in the cartoon, “So you thought I would let you out after the elections? Haha. There is still more to come.”

The caricature can be viewed here:

http://www.irfs.az/component/option,com_datsogallery/Itemid,30/func,detail/catid,158/id,1594/
Agil Khalil is taking painting-cartoon classes in France. This is his first work as a cartoonist. Khalil fled to France after facing severe pressure in Azerbaijan.
Previous Post