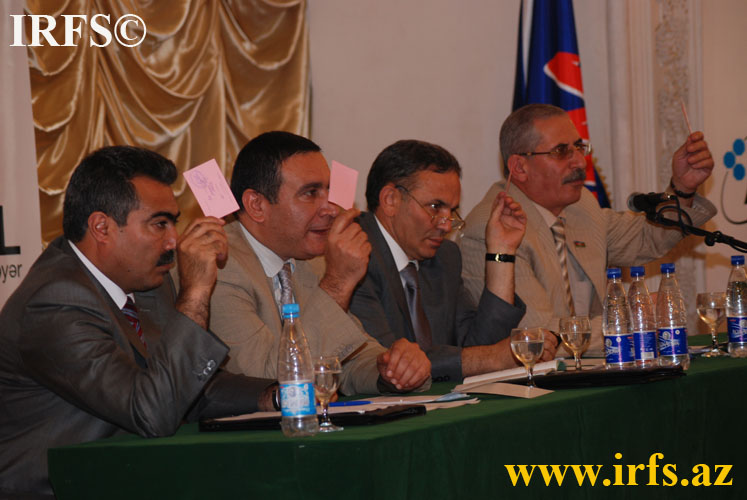 Today (20 June) Azerbaijani Journalists conducted Fifth Congress. Press Council Chairman Aflatun Amashov made an opening statement and then the Congress proceeded with the creation of Presidium, Secretary, Quantity and Mandate Commissions. Then the time-limit and agenda were confirmed.

The Press Council and council’s Supervision-Inspection Commission read their reports.  A remark about doing work to free the imprisoned journalists was reflected in the Press Council’s reports. Both reports were considered were approved by the Congress participants.

ALI HASANOV: “WE MUST WISH THE DOORS OF THE IMPRISONED JOURNALISTS ARE OPENED”