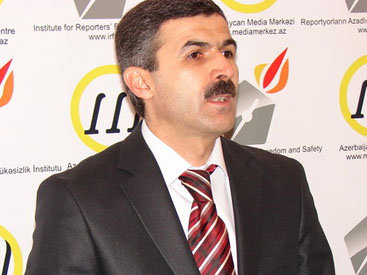 On January 6, the coordinator of the “Azerbaijan Without Political Prisoners” organization and National Council member Ogtay Gulaliyev received a formal warning from the Prosecutor General’s Office.

According to Gulaliyev, he spent two hours at the Prosecutor General’s Office and was released after being warned.

“They told me that the reason for the summons was the article I had written: “A pardon decree that is not worth a child’s tears”. It was published in a number of media outlets. I won’t go into details, as I have signed a non-disclosure agreement regarding the interrogation. I received a formal warning. They said that some points in the article undermine the reputation of state agencies. I replied that the article represented my opinion, and was in line with media regulations and freedom of expression. You cannot blame people for their opinions. I also thanked them for reading my article so attentively,” said Ogtay Gulaliyev.

No political prisoners were included in the presidential pardon decree of December 28. The daughter of  jailed journalist Parviz Hashimli destroyed the Christmas tree that she had put up for her father’s return in tears, which inspired the title of Gulaliyev’s article.

Khadija Ismayil: Our Country is in a Much Worse Situation than us Right Now