Khadija Ismayil: Our Country is in a Much Worse Situation than us Right Now 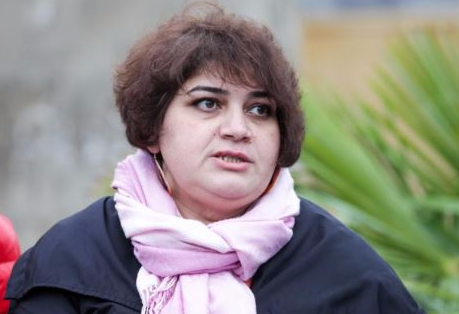 Journalist Khadija Ismayil has released a response to the President’s failure to include a single political prisoner in his traditional New Year pardon, despite hopes among some quarters.

“I am fine. Our country is in a much worse situation than [political prisoners] right now. You need to think about how to save our country, not us,” she said.

“We are not asking for a pardon, we demand an acquittal and an apology for the legal violations,” she declared.

“The government has made a mistake in relation to us. But they still have an opportunity to correct this mistake, if they want to listen to common sense. If they lack logic to do so, we welcome any step that invites the government to common sense, including the sanction bill put forth by the United States. The important thing is to achieve a victory of the truth. Maintaining the lie and the “arrest-release-arrest” cycle is not what we want. I hope that this initiative (ed: Azerbaijan Democracy Act) will continue until the end. This initiative serves no one but Azerbaijani people. Only those who stand against the people would oppose this initiative.”