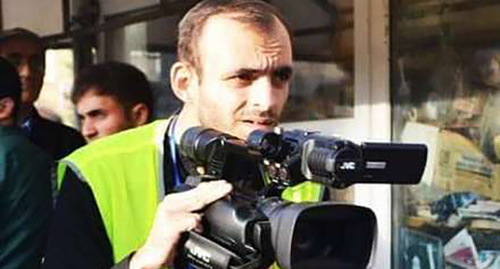 On 1 March, Baku Court of Appeal held a hearing on the appeals filed by the lawyers of Elshan Ismayilov, Arif Aliyev, Jamal Mammadov, Kanan Madatov and Samir Mustafayev, the men jailed for beating journalist Rasim Aliyev to death, against the judgment on their clients.

At the hearing presided over by Judge Gadim Babayev, convict Arif Aliyev and Samir Mustafayev handed in a waiver of the appeals brought by their lawyers Fakhraddin Safarov and Bakhtiyar Hajiyev, who had defended their rights during the consideration of the case in Baku Grave Crimes Court and had consequently filed the appeals. In the appeal court, four of the convicts, including Aliyev and Mustafayev, are represented by lawyer Shamsaddin Guliyev, while Kanan Madatov is represented by lawyer Rasul Yusifbayli. Mustafayev and Aliyev requested that the appeals filed by their new lawyer Shamsaddin Guliyev be granted.

Teyfura Aliyeva, the legal heiress of the victim in the case, demanded the heaviest penalty for all of the convicts. “They are the killers of my son Rasim Aliyev. This has been unambiguously proven. They have committed an organised crime. What they say means that ‘We had beaten up Rasim Aliyev, but the doctors should have saved his life’. I want them and the doctors be given the heaviest sentences. Along with these five people, the doctors are also guilty in Rasim Aliyev’s death. All of them were involved in my son’s death,” Aliyeva said.

Convict Kanan Madatov’s lawyer Rasul Yusifbayli made a speech asking for his client’s acquittal. “The case has been treated perfunctorily in Baku Grave Crimes Court. It is a very rare thing for the injured and accused parties’ views to coincide. In this case, both we and the injured party filed motions to hold the doctors to account. Unfortunately, our motions were denied. The doctors were not held accountable. My client Kanan Madatov has been sentenced to 9 years in jail. However, he was not proven guilty. He is serving a heavy sentence despite being innocent. There is camera footage of the incident scene. If you look at it, you’ll obviously see that Kanan Madatov did not touch Rasim Aliyev. Of the rest of the convicts, Madatov knows only Elshan Ismayilov. Ismayilov had called him for a talk, but had not told him what that talk was about. The cause of Rasim Aliyev’s death is medical negligence. After his beating, Rasim spoke with his friends in the hospital and gave an interview,” the lawyer said.

After that, the other four convicts’ lawyer Shamsaddin Guliyev made a speech. “My client is like a son to me. If they had intended to kill someone, I would have never defended them. Rasim Aliyev’s death is the result of medical negligence. Back in the court of first instance, I filed a motion for the doctors to come and testify, but the court did not summon them for questioning. There are a lot of errors in the expert opinions, which were not investigated,” the lawyer emphasised.

The lawyer filed a motion to obtain and investigate Rasim Aliyev’s X-ray images taken in the hospital after the incident. However, the motion was deferred to the next hearing in order to be discussed with the participation of Fariz Namazli, the representative of the victim’s legal heiress, who was not in attendance.

Next, the convicts commented on their lawyers’ appeal. Kanan Madatov and Arif Aliyev said they agreed with their lawyer and did not have anything to add.

Convict Elshan Ismayilov, the cousin of footballer Javid Huseynov who is seen as the mastermind behind journalist Rasim Aliyev’s death, pleaded not guilty of the journalist’s death. “I spoke enough in the court of first instance. But, the court did not pay attention. There is camera footage, where everything is visible. They have charged me with allegedly stealing the purse. No such thing happened. I consider myself guilty only for fighting. I am not guilty in Rasim Aliyev’s death. I was not even proven guilty of his death. They say allegedly we acted as a group. Does anyone ever tell someone beforehand ‘let’s go, I plan to kill a guy’? What fool would agree to that. We at least think about our families. They have not correctly informed the president about this matter. I have written in the addendum to the appeal that the investigator has not investigated the case correctly. I have asked for the investigator’s actions to be given a legal assessment,” Ismayilov said.

Convict Jamal Mammadov also made a speech noting that he did not believe he would achieve justice in Azerbaijan. “Kamran Mammadov, the investigator in charge of this case, said ‘the case has been instructed from above, it is not up to us’. Kanan Madatov and Samir Mustafayev should have been released, because they are not guilty at all. I have been given 11 years [in jail] for one kick. The lawyers make so long speeches, but the prosecutor stands up and just says ‘do not grant’ and it is not granted. I do not believe in justice. If the trial were in another country, I would believe, but here I do not expect justice,” Mammadov said.

Background: By its judgment of 1 April 2016, Baku Grave Crimes Court sentenced Elshan Ismayilov to 13 years, Arif Aliyev to 12.5 years, Jamal Mammadov to 11 years, and Kanan Madatov and Samir Mustafayev to 9 years in jail.

Journalist Rasim Aliyev was hospitalised after being beaten by a group of men on 8 August 2015. He died in the hospital the night of 9 August. Six people were arrested in connection with this criminal case. Elshan Ismayilov, Jamal Mammadov, Arif Aliyev, Kanan Madatov and Samir Mustafayev were convicted under Article 126.3 (deliberate infliction of a bodily harm, resulting in the victim’s death) of the Criminal Code. Elshan Ismayilov and Arif Aliyev were additionally convicted under Article 177 (theft) of the Criminal Code for stealing the journalist’s phone and purse from the incident scene.

Gabala Football Club captain Javid Huseynov was also arrested and charged under Article 307.1 (failure to inform about a serious crime, despite being aware of its preparation or committal) and 307.2 (concealment of a serious crime without a prior consent) of the Criminal Code. Javid Huseynov’s case was later separated from that of the others. By Sabail District Court’s judgment of 31 May 2016, Huseynov was sentenced to 4 years in jail. However, he was released by Baku Court of Appeal on 12 October 2016.