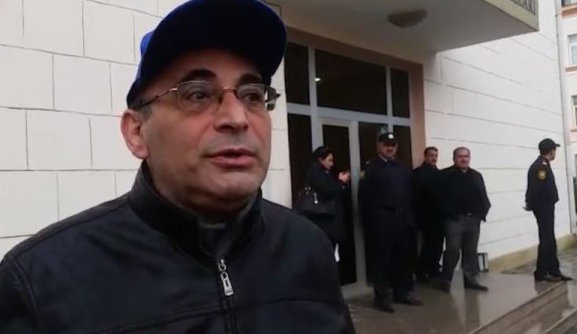 On November 12, Baku Court of Appeal, chaired by judge Vugar Mammadov, heard another hearing on the case of the human rights defenders Leyla Yunus and Arif Yunus.

The public prosecutor argued that the Ministry’s letter was not sufficient grounds for release.

Arif Yunus’ lawyer Afgan Mammadov told the court that his client’s health was very poor and that he ought to be released.

The court decided to replace Arif Yunus’ prison sentence with “own recognizance” release as per Article 165 of the Penal Code. He was released from the court building only after those attending the hearing had left.

Taking into account the possibility of an appeal against the preliminary hearing, the court set the next hearing for December 7, at 15.00.

The prosecuting authority subsequently split their case to investigate the treason charge separately. Leyla and Arif Yunus were sentenced to 8.5 and 7 years in jail respectively by Baku Grave Crimes Court on August 13, 2015. Amnesty International has recognized Leyla and Arif Yunus as prisoners of conscience.