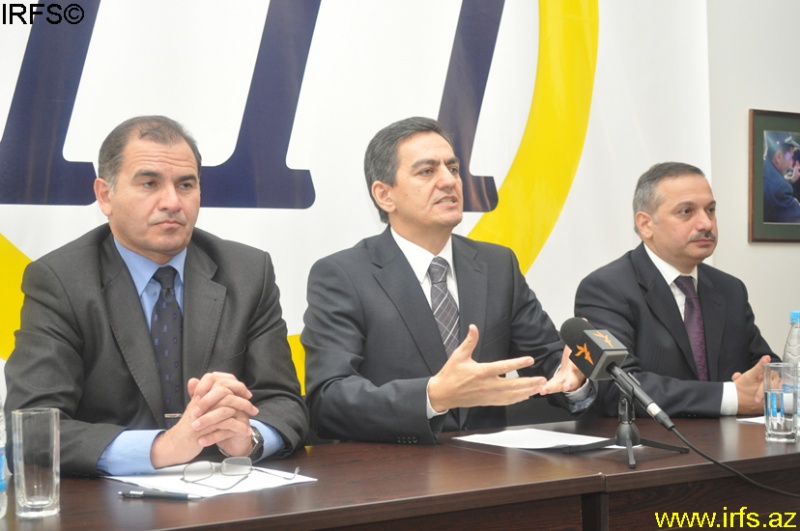 Today, 17 November, in the Azerbaijan media centre, a forum was held regarding the “situation of speech freedom in Azerbaijan.
” APFP Chairman Ali Kerimli said that freedom of speech situation is grave in Azerbaijan and the journalists that were imprisoned over defamation charges under different pretexts and the bloggers that were sentenced several days ago are the victims of the administration’s repression. The appeal was addressed to international organizations and Council of Europe Parliament Assembly’s special rapporteur on political prisoners in Azerbaijan Christopher Strausser concerning the situation of speech freedom in Azerbaijan, and was presented to the participants of the forum to sign.
The event participants said that these repressive steps against free minded people are taken to create self censorship among journalists and people who are active both publicly and politically. The participants mentioned that the activity of international organizations regarding the imprisoned journalists and other political prisoners is not satisfactory; especially the fact that the (PACE) special rapporteur on political prisoners in Azerbaijan Christopher Strausser has not visited Azerbaijan yet. The participants of the forum added that to overcome this situation they have to unite and fight together.
Previous Post