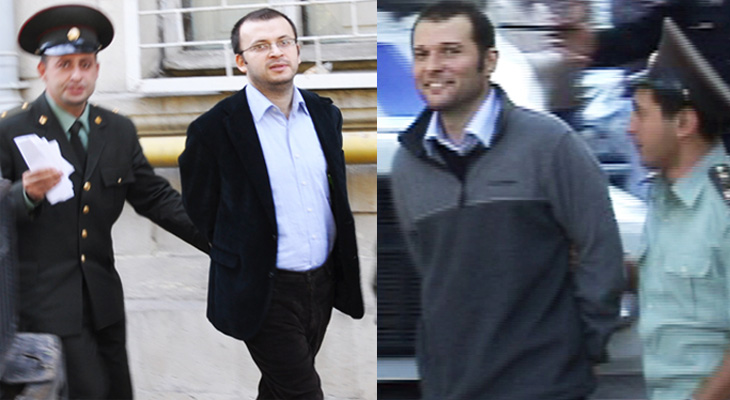 The Human Rights House Foundation (Norway) International Human Rights Defense Organizations Network delivered a statement condemning the verdict regarding bloggers Emin Milli and Adnan Hajizade. The Human Rights Defense Network that combined more tha 30 organizations voiced disapproval in the statement, and Azerbaijani government was called on to end violations against democracy.
“We call upon the Azerbaijani authorities to take adequate measures to protect the democratic values and especially the right to freedom of expression,” reads the statement.  “The Human Rights House Network condemns the unfair sentence of the two bloggers of 11 November and deplores the deterioration of freedom of expression in Azerbaijan.”

In addition, in the statement the Human Rights House Network reminds the Azerbaijani authorities that freedom of expression is a fundamental principle of any democratic society, guaranteed by a number of international treaties (Article 19 of the UN Convention on Civil and Political Rights; and Article 10 of the European Convention on Human Rights) to which Azerbaijan is a party. “Therefore, we urge the local authorities to abide by the national and international obligations to promote and protect the right to freedom of expression. The Human Rights House Network condemns the unfair verdict and calls upon the Government of Azerbaijan to re-open the investigation of the case and ensure a fair trial that complies with all international standards,” the statement reads.

According to Radio Liberty, on 16 November, in Basel University, within the framework of Azerbaijan Cultural year in Switzerland, Andres Gross delivered a report for about two hours on the subject of “Azerbaijan – rich than oil, poor in democracy” in front of a large auditorium, and criticized Azerbaijan government.

Azerbaijan has the worst situation among 47 countries represented in the Council of Europe, stated Gross.