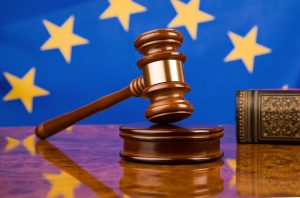 “The compensations awarded in nearly 40 cases of the judgments issued by the European Court of Human Rights (ECHR) in respect of Azerbaijan in 2016 have not been paid,” lawyer Asabali Mustafayev said.

According to the lawyer, no problems used to be faced with payments in previous years, but the compensations awarded by ECHR in 27 cases that he conducted last year have not been paid.

On 17 March 2016, ECHR issued a judgment on the illegal arrest of human rights defender Rasul Jafarov in 2014. This ruling ordered that Jafarov is compensated EUR 32,700. The Government of Azerbaijan appealed the judgment but was denied by ECHR on 4 July 2016. According to the rules, the ruling on Rasul Jafarov entered into force as a final decision as of that date and had to be executed within the following three months. More than four months later, neither has the compensation been paid nor have the other issues specified in the judgment been resolved.

National Council member Jamil Hajiyev has not received his payment, either. They jailed Hajiyev for seven days for organising a rally of support for those detained after the protest rally of 2 April 2011. According to the ECHR judgment issued last February, Hajiyev should be compensated EUR 12,000.

Azerbaijan Popular Front Party member Tazakhan Miralamli was arrested during a rally in January 2012 and sentenced to 8 days of administrative imprisonment. On 30 June 2016, EHRC issued its judgment on the complaint filed against this arrest. Miralamli is yet to receive his EUR 12,000 indemnity.

Lawyers Khalid Bagirov and Asabali Mustafayev say they have appealed to the Committee of Ministers of the Council of Europe, which has the power to monitor the execution of European Court judgments, over the non-payment of compensations. Khalid Bagirov says he has faced such a problem since last September. According to him, payments in 3 cases pleaded by him – the cases of Hilal Mammadov, Rasul Jafarov and Arif & Leyla Yunus – have not been paid.

“This implies that the government of Azerbaijan does not care about the Council of Europe (CoE) or ECHR or its legal framework, in the European Convention. If so, what is the point in such a country remaining a member of the CoE,” Bagirov said.