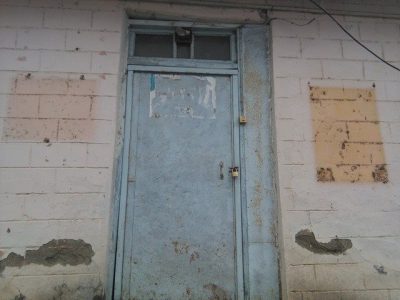 On 9 February, Shaki-based branches of Azerbaijan Popular Front Party (APFP) and Musavat Party were expelled from their office building. The reason cited was that the building, jointly rented by the parties, was privatised and sold. Both parties have called the move politically motivated.

According to Chairman of Musavat party’s Shaki branch Bakikhan Garibli, two employees from the local office of the Property Committee and a plainclothesman from Shaki Police Department came and demanded that the building is urgently evacuated. “We have not yet appealed to anywhere regarding the incident. The building has, in fact, been sold. But we do not know when it happened. We asked them persistently to bring that person face to face with us but to no avail. They claim that the individual had repeatedly told us to vacate the building so, he was forced to appeal to the police, but that never happened. It is a lie, if they offer us new facilities, we will give it a thought. If not, we will take it to court,” Garibli noted.

The press service of the Ministry of Internal Affairs (MIA) made the following comments on the issue. “The reports, which, by referring to the views of some agents of APFP and Musavat Party, allege that the office premises of the two parties’ Shaki regional branches have been taken with the participation of the police, are far from the truth. It should be noted that the building in question, which is located on 25 S. Rahman Street, Shaki, was purchased and privatised by Khayal Ibadov, the owner of Shaki Construction Service OJSC, in November 2013. At that time, the chairpersons of the above-mentioned regional branches arbitrarily refused to empty the property despite repeated warnings of the new owner and the management of the local State Committee on Property Issues. Therefore, Khayal Ibadov was compelled to file a police report with Shaki City and Regional Police Department (CRPD) on 6 February this year and asked for assistance in expelling the members of the two parties who had illegally seized the property belonging to him. The management of the local State Committee on Property Issues also appealed to Shaki CRPD with the same request. The investigations division of the Department conducted an investigation into the matter, and the chairmen of APFP’s and Musavat Party’s Shaki regional branches, Islam Hasanov and Bakikhan Garibli were invited to CRPD. Here, a preventive conversation was held with them, by explaining the requirements of the legislation. Hasanov and Garibli submitted separate statements to the chief of Shaki CPRD, by indicating their willingness to voluntarily empty the building they had been illegally occupying for years and to hand it over to its proprietor. On 9 February, the building in question was evacuated by the managements of APFP’s and Musavat Party’s regional branches with the participation of the employees of the local State Committee on Property Issues, and was handed over to its owner Khayal Ibadov.”

According to APFP deputy chairperson Gozal Bayramli, party members had never been informed of the privatisation of the area, nor did they know the owner of the property. Bayramli added that the ‘pressures’ against the party’s Shaki branch started at the end of last week. She noted that the party’s regional branch held its congress on Sunday, which was followed by pressures against party activists and stalking of them.

Recall that, Chairman of APFP’s Shaki branch Islam Hasanov was held in police custody for one day based on the allegation that he had been involved in an argument with traffic police officers on 7 February. He was eventually sentenced to 25 days of administrative imprisonment. Islam Hasanov’s brother, APFP Shaki branch’s youth committee chairman Samir Hasanov was invited to the police office on 8 February. He was told to bring food and cigarettes for his brother. Then, he was beaten up, insulted and sentenced to 20 days in jail.