Journalist attacked and beaten while performing his job 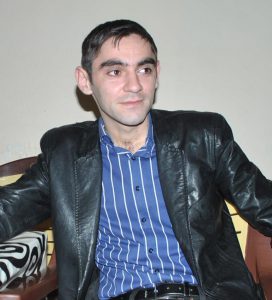 The reporter of avropa.info website, Saleh Gafarli, was assaulted and beaten up while performing his professional activity on June 15, as the journalist himself told the Institute for Reporters’ Freedom and Safety (IRFS) on June 17.

According to the journalist, after he had secretly filmed a café-brothel located on Imishli-Bilesuvar highway, he was severely beaten by the brothel owner and his companions.

“The owner of the facility, whose name was Allahveren, attacked me together with his thirteen other fellows. They beat me a while and took my cell-phone, watch and identity card. ‘Do you know who you are messing with? Do you know whose this café is?’Allahveren went on threatening me. Following a two-hour physical or mental suffering, I was set free thanks to an intervention by a group of other guests, but they kept my belongings. The people, who were with me, took me to the First Aid Station of Imishli District Hospital. During the initial examination, doctors recorded my injuries and provided medical care. I called the Interior Ministry hotline 102 and reported the incident. Officers from Imishli District Police Department took me and the witnesses to the police office. They took my statement and organized a medical examination which concluded that my body bore injuries sustained as a result of the beating” said the journalist.

Head of Jabrail District Police Department, Police Lieutenant Colonel Araz Shahverdiyev told IRFS that the police office has received the report about the incident through 102 hotline and a complaint from the person in question, and will take appropriate measures.

TV presenter and his family threatened with death