Aziz Orujov Meets with His Family 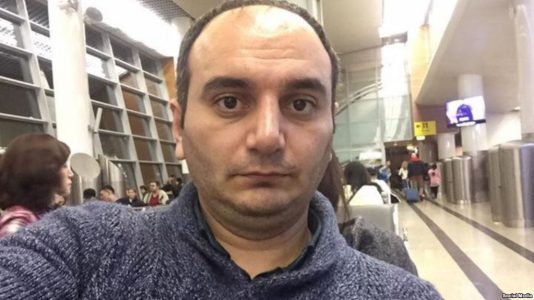 Kanal 13 internet television head Aziz Orujov’s detention conditions have changed. His prison cell has been equipped with a fan, and he has been examined by a doctor and received some medical assistance. The journalist has also met with his family, reported his lawyer Javad Javadov.

Aziz Orujov, head of the Baku bureau of Kanal 13 internet television, was sentenced to 30-day administrative arrest on charges of resisting the police (Article 535.1 of the Code of Administrative Violations) by the decision of Nasimi District Court on 2 May.

On 1 June, when Orujov’s administrative prison term was going to expire, he faced new criminal charges. The Serious Crimes Investigation Department of the Prosecutor General’s Office launched a criminal case against Orujov under Articles 192.2.2 (illegal business) and 308 (service forgery) of the Criminal Code.

The criminal case is related to the Caucasus Media Research Public Union, founded by him, and Kanal 13.
Nasimi District Court has ordered a 4-month pretrial detention term for Orujov. The journalist does not accept the charges.