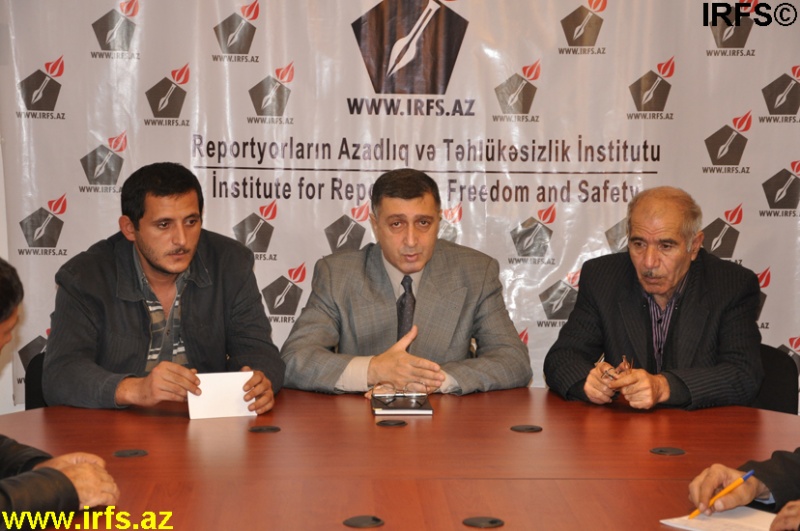 Today, 10 November, in the press center of the Institute for Reporters` Freedom and Safety, a press conference was held regarding the creation of the “Human Rights Defense Committee for Baku and villages of Baku” (HRDCBV).
One of the founders of the Committee, Alakbar Mammadov said that the purpose of the creation of HRDCBV is to work towards the solution of the problems in Baku villages and defend the rights of the residents who face pressure in different forms. A.Mammadov added that he will appeal to the Justice Ministry for the registration of the Committee.
HRDCBV Chairman Rasim Alizade said that the delegations of the Committee have been created in most of Baku villages.
“BBVRDC will provide assistance to residents free of charge with their social and legal problems,” said R.Alizade and stressed that a discussion on the theme “Nardaran and problems of Nardaran” will be held in IRFS press centre on 13 November, 2009.
Previous Post