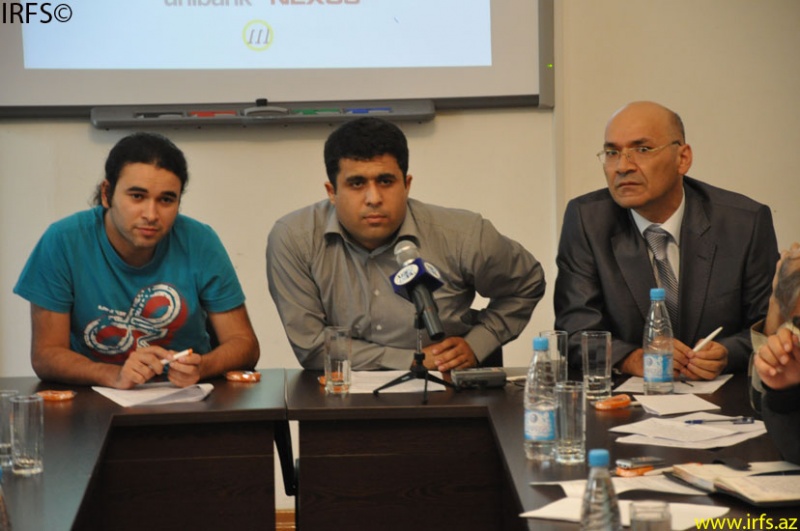 A press conference on the out comes of Blogosphere 2010, the first forum of bloggers and new media specialists, was held in the Azerbaijan Media Center on Tuesday.
The forum was held in Nabran village of the Khudat region on September 10-12 this year. The forum aimed to exchange blogging practices.
The conference was organized by IT, Internet and Media Public Union, BarCamp Azerbaijan and Azerbaijan Internet Forum.
The conference was supported by Open Society Institute – Assistance Foundation, USAID, the US Embassy, Unibank, Counterpart and Nexus.
According to Blogosphere 2010 project coordinator Azer Nazarov, the participants of the discussions noted that the companies don’t place advertisements in blogs, the level of blogs is low in the regions, blogs and new media outlets don’t follow the rules of Azerbaijani language, multimedia tools are not always used in the right way and there is a problem of blogs’ permanence.
Twenty proposals were adopted for the settlement of these problems. Decisions were adopted on submitting appeal to the advertisement agencies, providing internet for the regional libraries. Additionally, the establishment of  internet resource centers, the reduction of tariffs of 3G mobile operators and the quality of ADSL services in regions were discussed.
Organizational committee of Blogosphere 2010 intends to appeal to respective bodies regarding these issues.
Previous Post