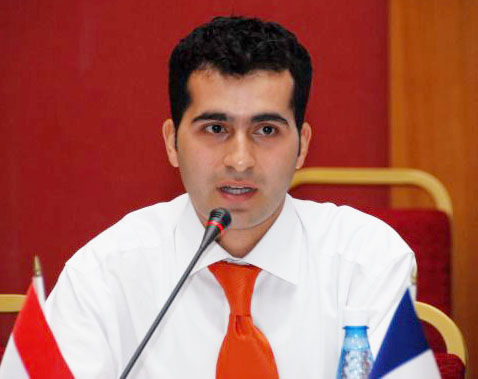 On 28 September, in the press center of the Institute for Reporters` Freedom and Safety, independent candidate Bakhtiyar Hajiyev, who registered as a candidate in the Yasamal # 17 third Election Constituency, held a press conference regarding problems faced during the election process.
Bakhtiyar Hajiyev said that when he submitted his documents to Constituency Election Commission (ConEC), he was told to produce financial documents showing profits within the past year. Hajiyev added that he presented the ConEC with contracts that he had concluded with World Bank and the Education and Development Center. However, he was told that only notarized contracts were accepted.

Hajiyev noted that his election expenses will be met by donations of citizens. An online system will be used in the coming days and citizens will make donations via the internet using their credit cards.

EYNULLA FATULLAYEV DOES NOT GET SUPPORT LETTERS FROM EUROPEAN COUNTRIES