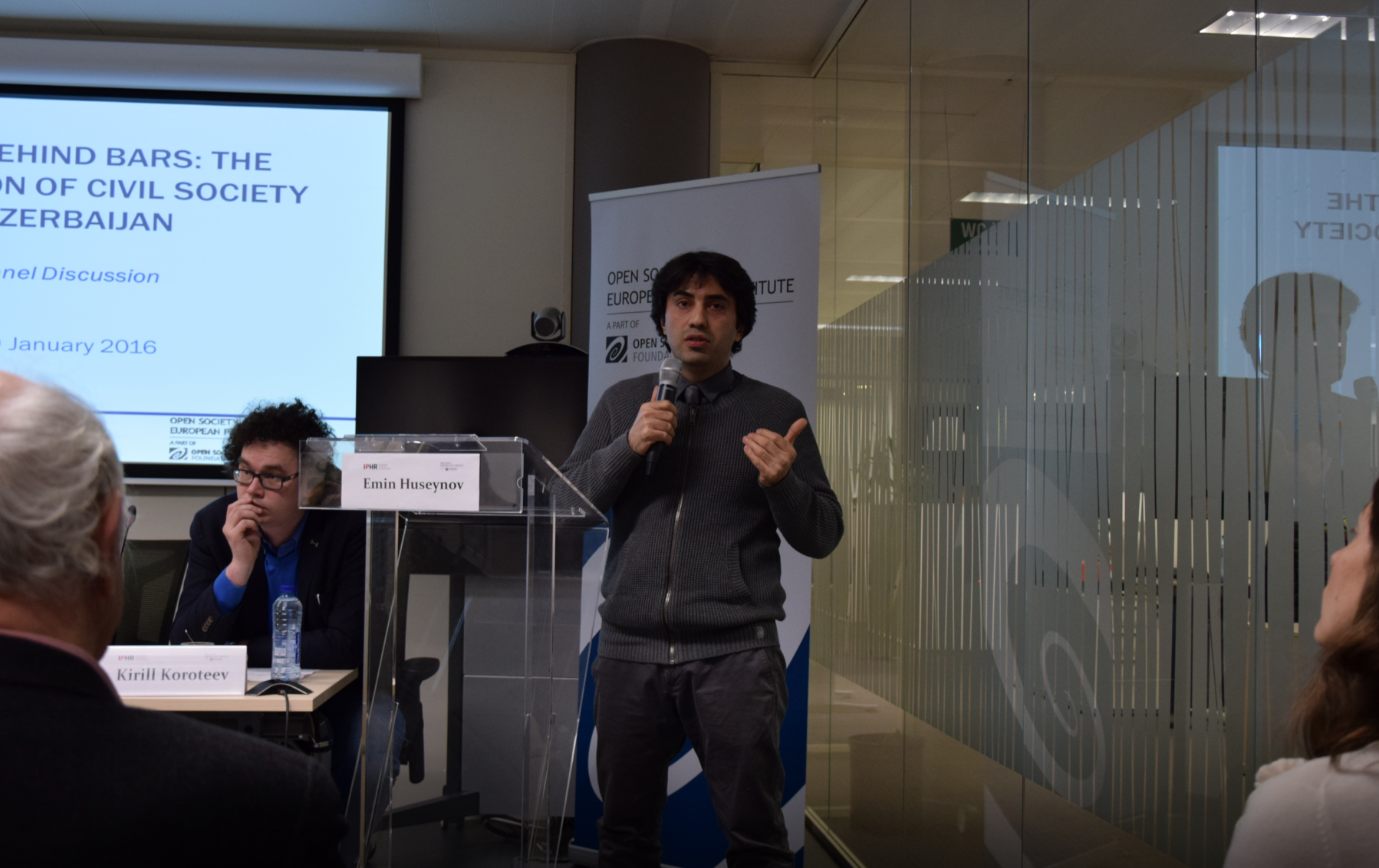 A roundtable event entitled “Justice Behind Bars: The Persecution of Civil Society in Azerbaijan” was hosted in Brussels to discuss the situation in Azerbaijan, with the participation of the exiled Azerbaijan activists Emin Huseynov, Gulnara Akhundova and Emin Milli, and international legal experts Kirill Koroteev and Ramute Remezaite. The event was co-hosted by International Partnership for Human Rights (IPHR) and the Open Society European Policy Institute (OSEPI).

The IPHR’s report, which was released in December 2015, gives an insight into the all-out crackdown on the independent civil society in Azerbaijan since 2014 and the arbitrary use of criminal justice to persecute and imprison activists.

Media freedom advocate and Director of the Institute for Reporters Freedom and Safety Emin Huseynov, who was one of the targeted activists, spoke about his ordeal at the hands of the Azerbaijani authorities and asked EU decision-makers to press for an end to the persecution of civil society in Azerbaijan.

International Media Support Program Manager Gulnara Akhundova and Meydan TV Director Emin Milli drew attention to the civil society’s deprivation of its source of support and suggested either finding alternative support channels or urge the government of Azerbaijan to amend the existing NGO law to allow for EU support to civil society.

The speakers unanimously stressed the importance of an EU policy shift in terms of its relations with the Azerbaijani government to enhance protection of the country’s civil society.