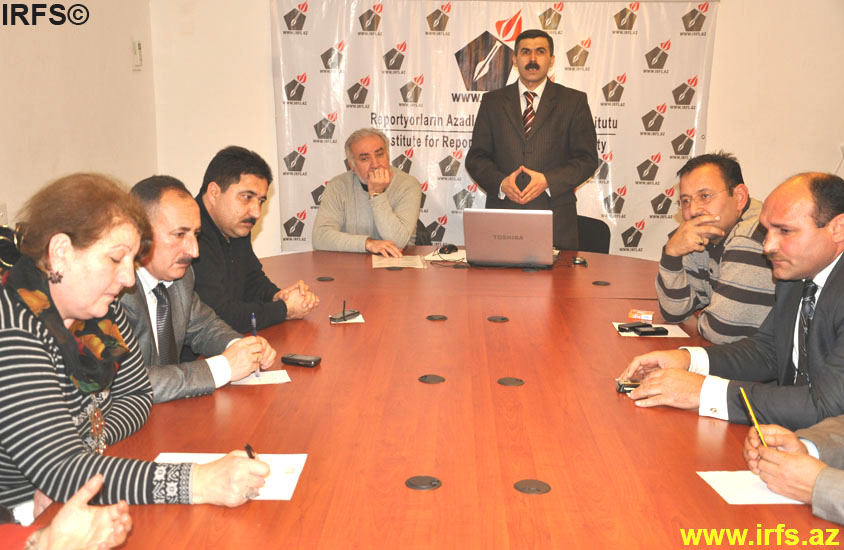 Today, 19 February, in the press center of the Institute for Reporters` Freedom and Safety, the Civil Society Support Coalition conducted a roundtable regarding the problems of the civil society.
Civil Society Support Coalition Council member Ogtay Gulaliyev said that as coordinators of network of the NGOs (21 NGO joined network) that were denied registration, they conducted meetings in the State Support Council to NGOs, the National Democracy Institute and the British Embassy in Azerbaijan. He noted that he expects that negotiations between international organizations and Azerbaijan will yield positive results.
O.Gulaliyev emphasized that the changes made to the Law “On NGOs” in June 2009, the restrictive presidential decree of 30 December and amendments made to Laws “On Freedom of information”, “On Obtaining Information” on 12 February restrict not only Mass Media’s activity but also the work of other civil society institutes.
Other participating NGO representatives expressed their opinions and suggestions regarding the problems of the civil society.