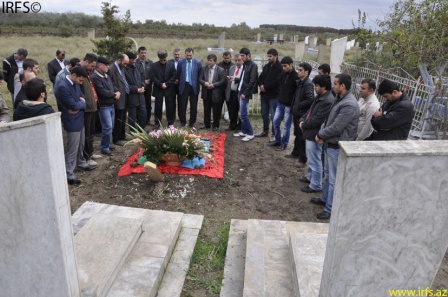 Journalists, public and political figures and relatives of the late journalist visited his grave in Ashagi Garamanli village in the Neftchala region. His colleagues spoke at the service. They said that he is considered a martyr for journalism because he died while carrying out his professional work. A memorial ceremony was held at Shahin's father’s home, where people were able to offer their condolences to his family.

Shahin Agabayli and the Yeni Cag newspaper editor  Agil Alasgar were involved in a traffic accident on the 51st km of Baku-Gazakh roadway in Sangajal settlement. They were on their way to the regions to conduct a survey on the election campaign. Shahin Agabayli was killed in the accident, and Agil Alasgar injured.