CONFERENCE HELD DEDICATED TO DEFAMATION AND FREEDOM OF EXPRESSION 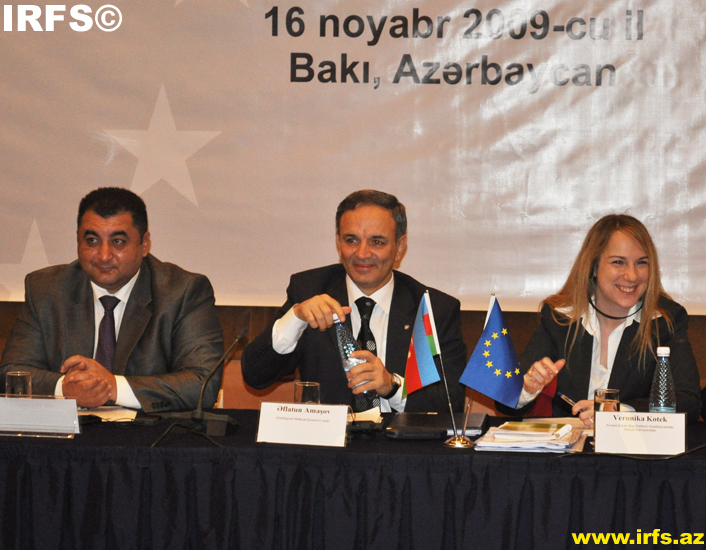 Today, on 16 November, in the Park Inn hotel a conference dedicated to defamation and freedom of expression in Azerbaijan was held by the European Commission and Press Council.
Council of Europe’s special representative to Azerbaijan, Veronica Koteck said that it is not right to file special format lawsuits against journalists because Azerbaijan is in the stage of adopting the Law “On Defamation,” and noted that it is necessary to conduct work regularly so the journalists follow professional ethics.

Press Council’s Chairman Aflatun Amashov said that the Press Council appealed to President Ilham Aliyev and Milli Mejlis Chairman Ogtay Asadov concerning the law “On Defamation.” He noted that some officials are not interested in decriminalizing defamation. According to him, some officials still want to close Mass Media. Amashov stressed that it is important to take the draft law for public discussion.

Presidential Administration Socio-political Department Press and Information Sector Head Vugar Aliyev said that the Azerbaijani government supports the improvement of the legislation related to the Mass Media. V.Aliyev considered it a good step to create the State Support Fund to Mass Media and added that there are some problems regarding the law “On Defamation”.  He noted that there are a lot of people oppose this law, and many who support it as well. This is why he said that there is no need to be hasty about adopting this law.