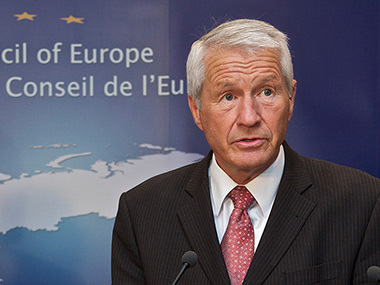 The Council of Europe’s Secretary General, Thobjørn  Jagland, decided on Wednesday to withdraw the Council ‘s participation in the Joint Working Group on human rights. The purpose of the Joint Working Group, which was also attended by a representative of the Council of Europe and reconvened in October 2014, was to revive the dialogue between civil society and the Azerbaijani authorities.

According to the statement, issued by the Council’s spokesperson on Wednesday, “the overall situation of human rights defenders in the country has deteriorated dramatically. An increasing number of human right defenders has recently been imprisoned, and the Council of Europe has received worrying reports about unacceptable detention conditions”.