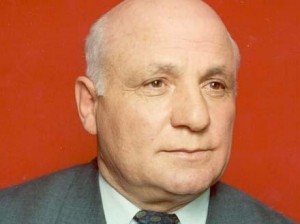 According to www.musavat.com, Council member of the Musavat party Jahangir Amirkhanli, was summoned to the police office on February 24, over his article titled “Ganja – beautiful land, poor town …” (published in February 23 issue of Yeni Musavat newspaper), in which he criticized the city administration, in particular mayor Elmar Veliyev.

Amirkhanli, resident of Ganja city, says he was first called to Kapaz District Police Office, from where he was taken to Ganja City Police Department and met with deputy police Chief Ilgar Balakishiyev. Balakishiyev expressed his objection to what was written in the article, and accused the journalist of being biased. Then Amirkhanli was released.

Yeni Musavat newspaper chief editor Rauf Arifoglu told the Institute for Reporters’ Freedom and Safety (IRFS) that Jahangir Amirkhanli was not an employee of the newspaper, but his article about Ganja was published in the newspaper. “But we are ready to support Amirkhanli if he plans to take any legal step against police summoning over his article” said Arifoglu.

Ganja City Police Department refused to comment on the issue.