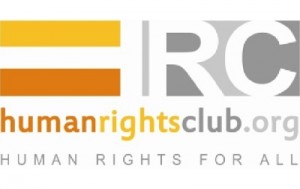 On February 19, 2013 Baku Administrative-Economic Court #1, presided over by Judge Sharafat Mammadova, denied the lawsuit filed by the Human Rights Club (HRC) against the Ministry of Justice for denial of registration. Note that as the reason for denial, the Ministry said that HRC did not specify the responsibilities of its lawful representative in the decision on establishment of the organization.

The HRC filed a lawsuit with the court asking to overturn the Ministry’s decision and ensure the registration of the HRC.

“As HRC, we state that we did not appoint any lawful representative and therefore did not show his/her responsibilities in the decision on establishment. It is clearly stated in the legislation that responsibilities of a lawful representative is shown only if he/she has been appointed” said HRC chairman Rasul Jafarov with respect to the court decision.

Jafarov noted that the court’s decision is completely unfounded, and he would appeal against it.

Background: The Human Rights Club was established by a group of human rights defenders on December 10, 2010, on International Human Rights Day. In partnership with other Azerbaijani NGOs, HRC has implemented “Expression Online Initiative” campaign and “Sing for Democracy” campaign, which was launched in June 2011 and became widely known both within and beyond Azerbaijan.  In December, 2012, the HRC launched another human rights campaign, Art for Democracy. Currently the HRC is engaged in public advocacy and protection of human rights.