Court Date Set for Giyas and His Father 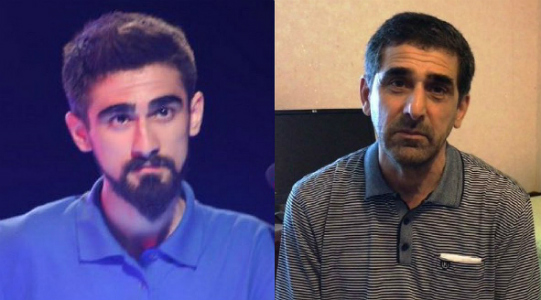 Yasamal district court, chaired by Judge Huseyn Safarov, held a preliminary hearing on the criminal case of NIDA Civic Movement activist Giyas Ibrahimov and his father Hasan Ibrahimov. At the hearing, the public prosecutor requested that the court proceed to the main hearing, while lawyer Elchin Sadigov asked for the discontinuation of the case. The court rejected the lawyer’s motion and set the case for a hearing on 16 November, 3.30 pm.

NIDA Civic Movement activists Giyas Ibrahimov and Bayram Mammadov were arrested after writing slogans on a Heydar Aliyev monument on 10 May 2016. However, they were convicted of drug trafficking and sentenced to 10 years in prison.

Giyas Ibrahimov made his final speech inside an enclosed glass dock, but the judge turned off his microphone, interrupting his speech. In protest, Giyas turned to the judges and called them ‘marionettes in mantle’. Ibrahimov’s arms were cuffed behind his back and his arm was injured in the process.

The activist’s father, who was in the courtroom at the moment, couldn’t stand the scene and protested against judges, saying ‘Fear God’ and ‘it will come back to your own children’.

The jury assessed this as ‘contempt of court and humiliating the honour and dignity that f the judge’, and filed a complaint against the father and the son. A criminal case has been launched against Giyas Ibrahimov and his father, Hasan Ibrahimov, under Article 289.2 (contempt of court) of the Criminal Code.

The Supreme Court Hears The Appeal of Afgan Sadigov