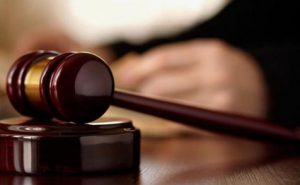 Sabunchu district court considered a complaint filed against the illegal search and seizure of items from the apartment of head of Jam.az website, journalist Fikrat Faramazoglu.
According to lawyer Elchin Sadigov, the judge did not grant the complaint. “Our complaint has been rejected and we are planning to appeal this decision. First of all, the search should have been carried out based on a court decision, which was not the case. The search officers entered the house forcefully, without asking for the owner’s – journalist’s wife’s – permission. The seizure was also completely unlawful. Although the journalist is accused of extortion, they took away items in the journalist’s house, which have nothing to do with the case, e.g. gaming discs of Faramazoglu’s children and even his wife’s personal items and clothes,” Elchin Sadigov said.
Background: Fikrat Faramazoglu is serving a 7-year jail sentence handed down under several paragraphs of Article 182 of the Criminal Code.