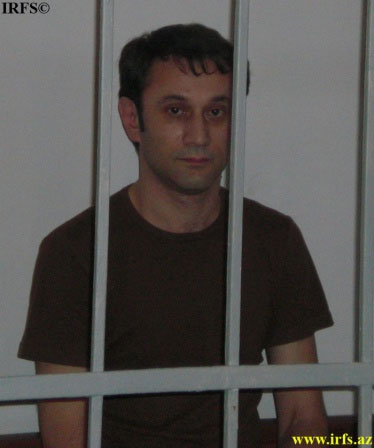 Today (June 20) in the Nasimi District Court, under chairmanship of Judge Shahin Abdullayev, a hearing was conducted on the case against Sergey Streklin for allegedly stabbing “Azadlig” Newspaper correspondent Agil Khalil.

During the hearing, Khalil’s lawyer Elchin Sadigov introduced a written motion, asking the court to postpone the hearing so he can familiarize himself with the case materials. Sadigov just arrived back in Azerbaijan yesterday after a trip to the United States. State prosecutor Eldar Hemzayev did not express protest against Sadigov’s motion, nor did Sergey Streklin’s lawyer Akif Malikov.  Judge Abdullayev approved the motion, and the next hearing on this case has been scheduled for 24 June 2008 at 11:30 a.m.  Sergey Strekalin is accused under articles 127.1 and 234.1 of Criminal Code of Azerbaijan. He allegedly stabbed “Azadlig” Newspaper correspondent Agil Khalil on 13 March 2008 and then came to law enforcement office with narcotics in his pocket. Khalil, vehemently denies that Strekalin is the person who stabbed him.  Video:http://www.youtube.com/watch?v=pIlaivCuY9k Photos:http://www.irfs.az/component/option,com_datsogallery/Itemid,30/func,viewcategory/catid,64/