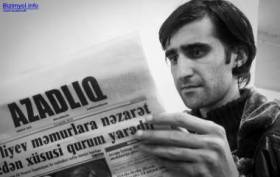 On 26 November Azadliq newspaper reporter Ramin Deko was called to the Yasamal district court’s department on execution of judgments, where he was required to pay off his defamation fine of 2,000 manat within 10 days. Deko informed IRFS about this today, on 27 November.

“This fine was levied following the defamation lawsuit of the Bina shopping center’s manager Kabira Mammadova. I told the bailiffs that I cannot afford to pay this sum within 10 days, as I don’t get salary in the recent two months after Azadliq’s bank account had been suspended” said Deko.

Active critic of the government on Facebook arrested on drug charges