DEBATE HELD ON THEME “IS 5 YEAR OPERATION OF PARLIAMENT SATISFACTORY?” 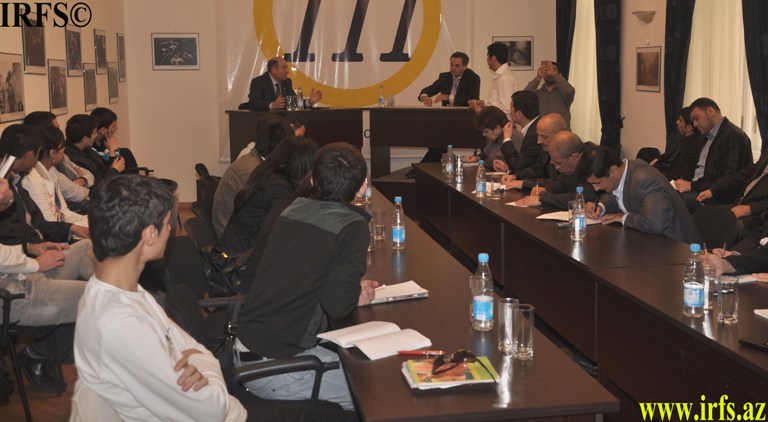 Today, 21 April, in the Azerbaijan Press Centre, a debate was held on the theme “Is 5 Year Operation of the Parliament Satisfactory?”
MP Musa Guliyev represented the administration and MP Nasib Nasibli represented the opposition in the debate. M.Guliyev said that the operation of the parliament is satisfactory because it implements all its duties; however, the opposition representative said the contrary.
The application of article banning filming and taking photos to the media legislation without the agreement of the other side was discussed in the debate. The opposition assessed this as a restriction of professional activity of journalists and the representative of the administration said that the ban in this article “is related to personal life.”  Nasib Nasibli stressed that opposition representatives are shown little or not at all in the reportages prepared from the meetings of Milli Meljlis. Musa Guliyev said that he did not agree with his opinion.
At the end of the evet N.Nasibli said that this parliament does not differ much from Supreme Council during Soviet era. The opposite side insisted that the parliament is an organ that has complete power.
Previous Post