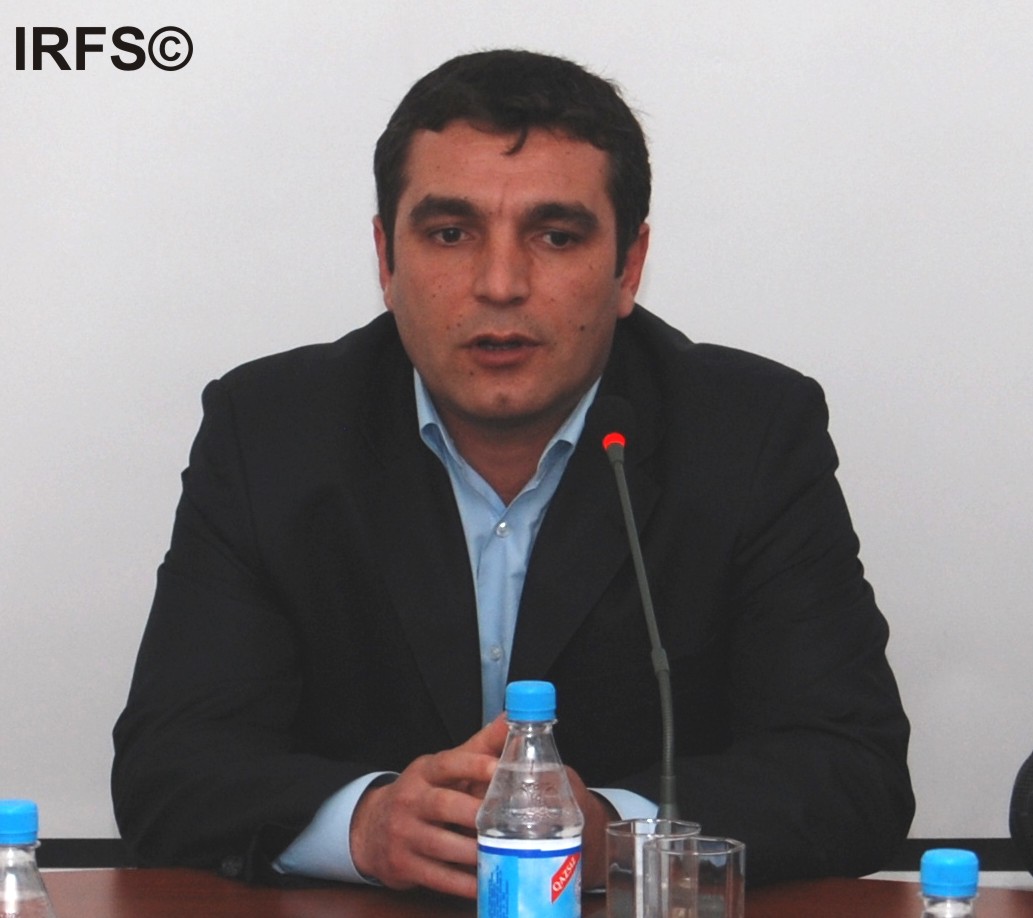 Today the “Economist Bloggers Union,” which was established through support from the Open Society Institute, conducted a roundtable in the office of the Institute for Reporters’ Freedom and Safety.
The Union’s Chairperson Natig Jafarli opened the event, saying, “This union has been operating for more than two months already,” said Jafarli. “The major purpose of blogs is to establish an alternative source of information and make it available to people. This area is very interesting, but a less used area. Unfortunately the number of people who consider creating this kind of blogs is very few. The good thing about blogs is that if a reader doesn’t understand the information he reads, he can refer his questions to the blogger and can get an answer right away. Direct contact is created with an interactive reader. We started this with three people first. Then two more people joined us. Mubariz Rahimli, Emil Huseynov and Kamran Khudiyev are the founder of this project. It is hard to spread information about blogs. This is possible only through certain events or through dissemination among internet users. There’s almost no information about this in regions. We need to involve people from the regions, so that they can make the information and the problems about their regions known to the world. We are going to conduct two events in Lenkeran and Ganja next month.”

Political scientist Hikmat Hajizade said, “I fully support the creation of blogs to develop civil journalism in Azerbaijan. The number of newspaper readers lessens throughout the whole world day by day, anyway. People have more interest in the internet. I invite everyone to network.”