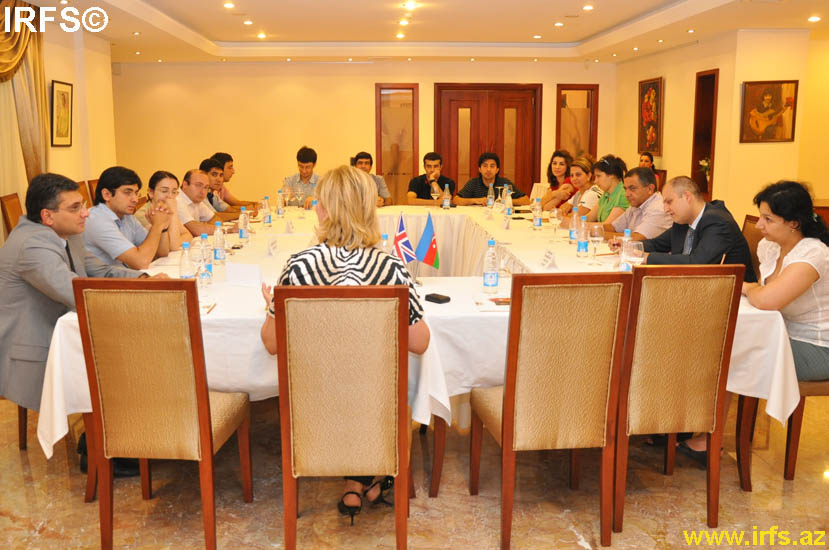 * Monitoring will be carried out in detention places in connection with conditions there, ill treatment and torture cases;
* Relevant legislation will be analyzed compared to international norms;
* An alternative report to Azerbaijan government’s periodic report will be submitted to UN Committee against Torture;
* Training will be conducted to learn how to prepare alternative reports to UN’s contract organs and a group will be formed.
* The project will cover activities related to the promotion, propaganda and teaching of Human Rights UN mechanisms. Radio debates will be organized and information will be placed in mass media.

Chairman of the Institute for Reporters’ Freedom and Safety Emin Huseynov spoke during the event and said that within the framework of “Southern Caucasus Network of Human Rights Defenders” trainings have been conducted in Georgia’s Batumi city several days ago in connection with Human Rights Defense Mechanism of UN.