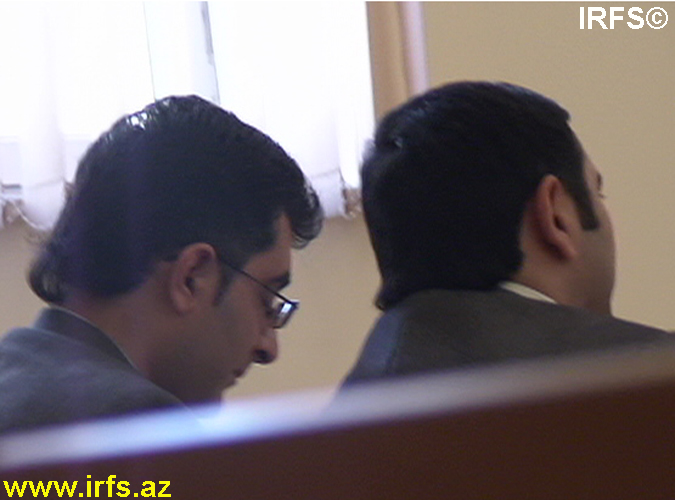 Today, 25 November, in the Baku Appellate Court, under the Chairmanship of Judge Isa Ismayilov, a court hearing was held on appeal filed against the decision of Khatai District Court to invalidate the registration of the Election Monitoring Center (EMC).
EMC defense lawyer Intigam Aliyev put forth a motion requesting that the Khatai District Court protocols be presented to the Appellate court and witnesses be called to the court for interrogation. However, the judge did not fulfill these motions.
The judge announced a break for deliberations after both sides were interrogated. Returning from deliberations, Judge Ismayilov upheld the Khatai District Court’s decision.
This past summer the Justice Ministry Legal Persons Registration Department appealed to Khatai District Court under article 59 of the Civil Code asking the court to invalidate EMC's registration and cease the NGO's operations. The Justice Ministry Legal Persons Registration Department alleged that the organization gave incorrect information about its founders and legal address and opened eight branches (offices) in Azerbaijani regions without informing the Justice Ministry. On 14 May 2008 Khatai District Court Judge Tofig Pashayev fulfilled the lawsuit of the Justice Ministry and issued a decision to invalidate EMC's registration and cease the NGO's operations.
During today’s hearing, employees of the Institute for Reporters’ Freedom and Safety were not allowed to take photographs or video record. Along with local mass media and NGO representatives, the employees of OSCE Baku office and USA embassy to Azerbaijan monitored the hearing.
Previous Post