EMLOYEES OF MINISTRY OF EMERGENCY SITUATION USE PRESSURE AGAINST JOURNALIST 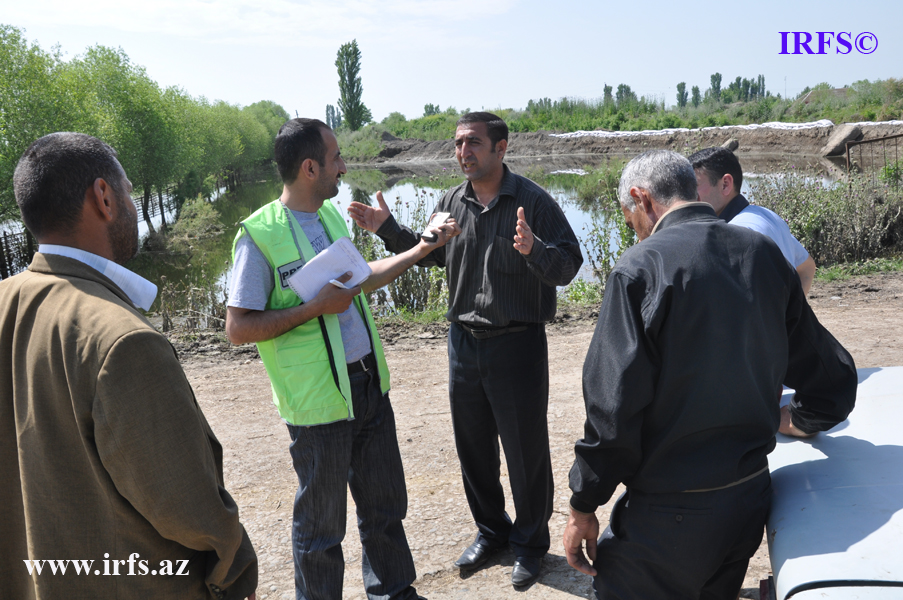 Yesterday, 16 May, the employee of Ayna –Zerkalo newspaper and Institute for Reporters` Freedom and Safety, Idrak Abbasov, who had wanted to prepare reportage for IWPR from the natural disaster in Sabirabad region, was subjected to pressure by the employees of the Ministry of Emergency Situation. The IRFS hot line representative was told this by Idrak Abbasov.
According to Abbasov, he was not allowed to talk with the population, whose houses were flooded and who, as a result were placed in the school #2 in the city stadium of Sabirabad.. The soldiers of the Ministry of Emergency Situations distanced the journalist from the area by force.

Then, the journalist wanted to photograph the argument between the employees of the Ministry of Emergency Situation and local population in the entrance of Shikhlar village, which remains under water. An employee with the rank of captain of the Ministry of Emergency Situations wanted to take his photo camera from him and claimed that the journalist was trying to commit a provocation, and ordered him to take a shovel and help to block the Kur River instead of taking photos.  The journalist was let free after the police interfered in the incident.

I.Abbasov was in a special vest with the word “press” written on it when he was in the natural disaster area.