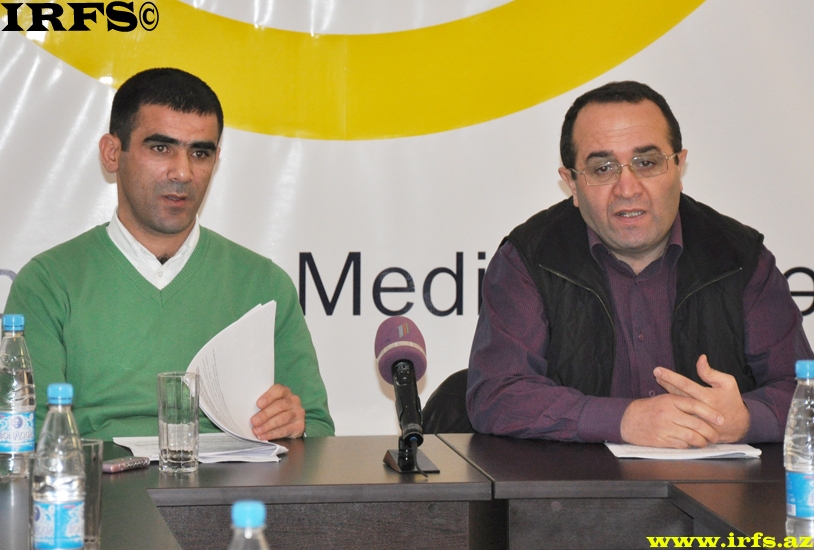 Today, 17 May, in the Media Center, the Media Rights Institute unveiled its report regarding the investigation of the situation of the execution of written information inquiries by organizations considered as the owners of information under the Law “On obtaining information,” and the monitoring of internet sites of governmental organizations.
Media Rights Institute Head Rashid Hajili opened the event and said that the report was the continuation of their investigation in the field of Freedom of Knowledge, preparation of recommendations, defense of public interests, and advocacy since 2005. He pointed out that this report covered the period since September of 2009.

Media Rights Institute Program Coordinator Khalid Agayev said that 350 information inquiries had been sent to various governmental organizations since the beginning of the investigation, and 188 (53.7%) of them were answered.

Emphasizing that this was the highest result according to the investigations conducted by MRI after the Law “On obtaining information” was adopted, Khalid Agaliyev added that this indicator has not been higher than 40 % in previous years.

Khalid Agaliyev told the participants that the monitoring of sites of 30 governmental organizations was conducted, and there are enough problems here. He noted that none of the monitored sites fulfilled the high openness of information.

Information Technologies and Program Security Sector Head on Civil Service Issues under the President of the Republic of Azerbaijan, Ali Kerim, said that conducting monitoring is important and they will try to eliminate certain shortages.

EMLOYEES OF MINISTRY OF EMERGENCY SITUATION USE PRESSURE AGAINST JOURNALIST