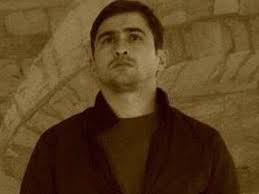 Communications have begun regarding the lawsuit submitted to the European Court of Human Rights by jailed blogger Abdul Abilov, the blogger’s lawyer Fariz Namazli told the Institute for Reporters’ Freedom and Safety (IRFS).

Abdul Abilov was arrested on November 22, 2013 and charged with illegal possession, storage, and manufacturing or sale of drugs, which carries a prison sentence of up to twelve years.  He was sentenced to 5.5 years in prison on May 27, 2014. Abilov was the administrator of the Facebook page “Stop Sycophants!”, known for its harsh criticism of the authorities. The page was closed down following his arrest.  On November 17, 2014, the Baku Court of Appeal upheld the judgment against him. In February 2015, the Supreme Court dismissed the cassational appeal.

According to Namazli, Abilov’s complaint has been submitted with regard to the violations of Articles 5.1 and 5.3 (right to liberty and security) and 18 (limitation on use of restrictions on rights) of the European Convention on Human Rights. “This complaint concerns his unlawful arrest on November 22, 2013 and the violation of his right to be released from custody pending trial,” added the lawyer.

Amnesty International has recognized Abdul Abilov as a prisoner of conscience.