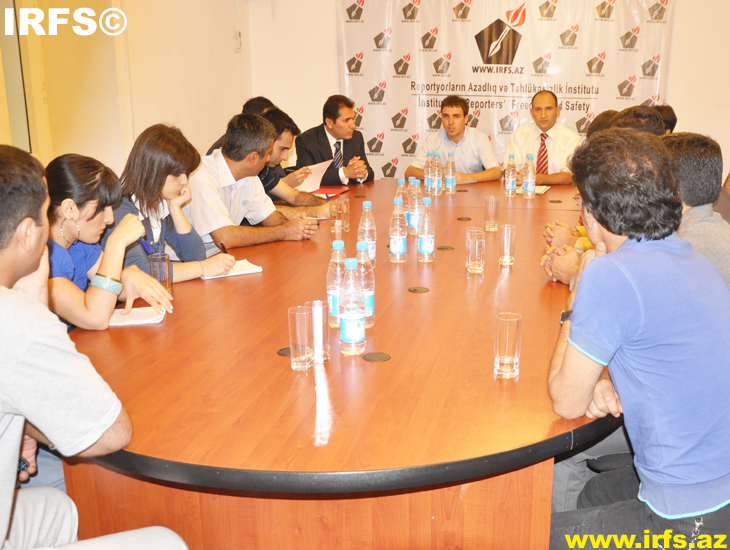 Today, 14 September, in the Press Center of the Institute for Reporters’ Freedom and Safety, Azerbaijan Popular Front Party Youth Organization conducted an event in connection with 91 year anniversary of Baku city’s liberation from Armenian invaders.
Youth Committee Chairman Abulfaz Gurbanli opened the event and talked about Turkey and Azerbaijani relations, and about heroism of Turkish army in the liberation of Baku city from Armenian invaders and in the formation of Azerbaijan Democratic Republic.
“Azadlig” newspaper employee Khalid Bahadir talked about work that has been done recently to open borders with Turkey when speaking about relations between Turkey and Azerbaijan. He said that Turkey is making the biggest mistake in its history by opening its borders with Armenia.
“Opening borders with Armenia is the result of incompetent policy of the current administration of Turkey,” said K.Bahadir. “Such a step will damage the relation between two brother nations.”
Other participants also talked about Turkish army’s heroism in liberating Baku from invaders but expressed concern in connection with the current policy of Turkish government.

“AYAN” NEWSPAPER EDITOR-IN-CHIEF PLACED IN HOSPITAL AFTER BEING BEATEN