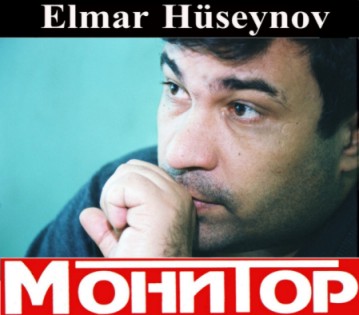 Yesterday, 23 February, a group of media representatives and heads of media organizations conducted an event regarding the fifth anniversary of Elmar Huseynov.
Najaf Najafov Fund Founder Mehman Aliyev, Media Rights Institute Chairman Rashid Hajili, Institute for Reporters` Freedom and Safety Chairman Emin Huseynov, Yeni Nesil Journalists Union Chairman Arif Aliyev, Democratic Journalists League Chairman Yadigar Mammadli, Elmar Huseynov Foundation founder Shahbaz Khuduoglu, Yeni Musavat Newspaper Editor-in-chief Rauf Arifoglu, Media experts Gulu Maharramli, and Zeynal Maharramli participated in the event. A decision was issued to conduct a series of events over the course ten days starting 1 March regarding the situation of freedom of speech and Elmar Huseynov.
A roundtable regarding this issue will be held on 1 March. For this reason, the roundtable scheduled to take place on 2 March, in the press center of the Institute for Reporters` Freedom and Safety regarding the fifth anniversary of the Monitor Journal Editor-in-chief Elmar Huseynov’s murder was cancelled.
A criminal case was opened regarding the murder of Elmar Huseynov who was killed on 2 March, 2005. However, the executors and people behind his murder have not been found to this day.
Previous Post

MEMBER OF PARLIAMENT INSISTS ON ARREST OF JOURNALISTS