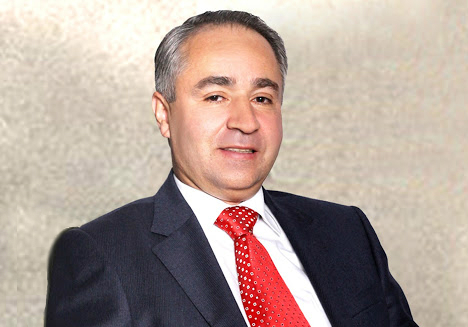 Sahib Teymurov, the exiled head of the Care for Children’s Homes NGO, has reported on his Facebook account that due to his Facebook comments his brother has been arrested on charges of drug trafficking.

According to the NGO head, his brother Tahir Teymurov, his wife, daughter and son, were taken to Barda Regional Police Department on 7 December. They were pressurised to disown Sahib Teymurov, and were forced to hand in a letter of resignation from their jobs.

Then, they wrote that Sahib Teymurov was a treasonist and they hated him.
However, the political migrant’s brother Tahir was summoned by the police once again and there was no news from him until 21 December.

Today, it came to light that 500.5 grams of heroin had been ‘found’ in his car and he has been arrested on drug distribution charges.
According to his state-appointed lawyer Seymur Zeynalov, Tahir Teymurov was arrested in Barda and charges were brought against him under Article 234.4.3 (drug trafficking, in a large quantity) of the Criminal Code.
He was ordered detained for 4 months and sent to the pre-trial detention centre in Ganja city.
Lawyer Zeynalov added that Teymurov had handed in a confession.
Teymurov faces a jail sentence of 5 to 12 years if convicted.
Sahib Teymurov claims that he was forced to leave the country because of his planned arrest for posting online a video interview where a schoolchild from Shaki Children’s Home spoke about tortures.

Background: Sahib Teymurov was arrested in 2007, after publicizing the news about an underage girl with AIDS being sexually exploited.