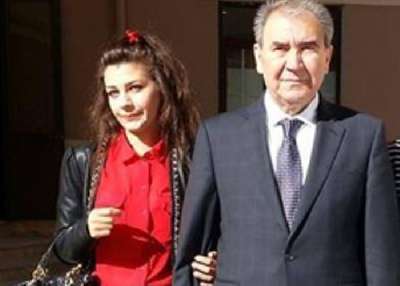 On November 6, Baku Court of Appeal, chaired by the judge Aflatun Gasimov, continued the hearing on the case of Gunel Hasanli, the daughter of the National Council Chairman Jamil Hasanli.

The results of the second forensic medical examination was announced, according to which the 87-year-old victim Adila Salimova suffered a minor injury as a result of a car accident caused by Gunel Hasanli.

Due to the contradiction between the dates, the lawyer Adil Ismayilov filed a motion requesting the names of the experts who provided the opinions. However, the motion was denied.

Judge Aflatun Gasimov proposed that the judicial investigation of the case be concluded, and that the court move on to the speeches by the parties. However, Gunel Hasanli’s lawyer Adil Ismayilov objected to this. The lawyer said that the court should at first ensure the presence of Adila Ismayilova, and listen to her statement.

The judge set the next hearing for November 13.

The daughter of National Council chairman Jamil Hasanli stands accused of hitting 86-year-old Adila Salimova with her car in Yasamal District on 19 September 2014. On February 20, 2015, Yasamal District Court sentenced Gunel Hasanli to a 1.5-year sentence in a penal settlement. This verdict has been appealed.