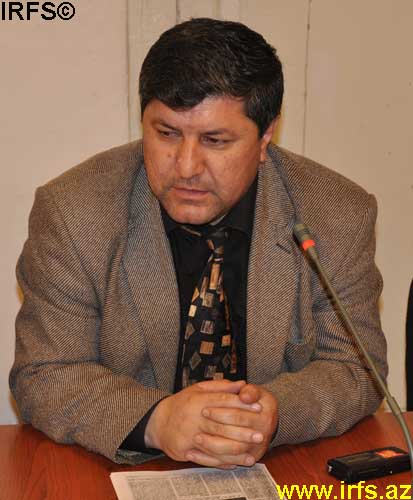 The Ministry of Justice has already provided a “complex” expert opinion on Adolf Hitler's book "Mein Kampf." Editor-in-Chief of “Khural” Newspaper Avaz Zeynalli, who translated "Mein Kampf" into Azeri and is now facing criminal charges for publishing the translation, told the Institute for Reporters’ Freedom and Safety that the opinion will be sent to the Narimanov District Court in the near future.
“Some contradictory opinions were given on this book twice,” said Zeynalli. “Therefore we filed a motion at the beginning of December in 2008 to resend the ‘Mein Kampf’ book to the Justice Ministry for expert assessment. According, to the Narimanov District Court Judge Turgay Huseynov, the opinion is already ready.”
In December 2004 the National Security Ministry instituted a criminal case under the article 283.1 of the CC of Azerbaijan Republic when Adolf Hitler's book "Mein Kampf" was published in Azeri, however the case was thrown out in February 2005 due to failure to prove that a crime was committed. Then in May 2007 due to the reprinting of this book Rustam Usubov, first deputy to the Prosecutor General, reopened this case and the case was sent to the National Security Ministry's Investigation Department. In August of the same year the investigation was concluded and case materials were sent to Narimanov District Court for consideration.
Previous Post